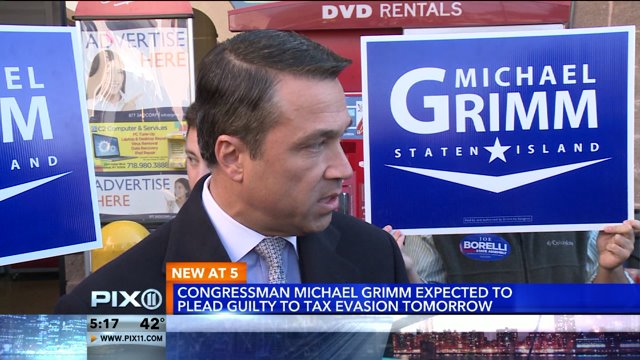 A hearing is scheduled for Tuesday in federal court in Brooklyn. The Staten Island Republican is expected to enter the plea in a case stemming from an investigation of his campaign financing.

Grimm is accused of hiding more than a million in sales and wages at a Manhattan restaurant, in addition to hiring undocumented immigrants.

If convicted, Grimm could keep his house seat, but could be expelled, censured or fined.

Grimm is expected to enter a guilty plea tomorrow.