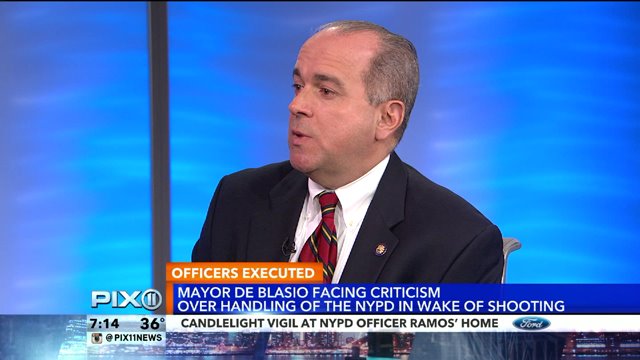 Police unions blame Mayor Bill de Blasio for the deaths of the two officers over the weekend. 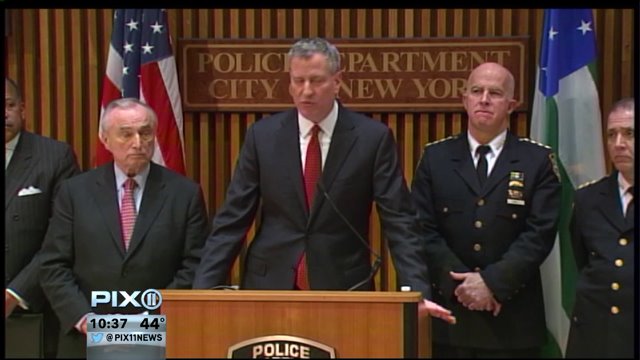 NEW  YORK (PIX11/AP) — NYPD Commissioner Bill Bratton has vowed to “move it forward” as the force plans to take extra measure to keep their officers safe while acknowledging that his boss, Mayor Bill de Blasio, has lost the trust of “some officers.”

The effort for extra safety measures comes after two officers, Rafael Ramos and Wenjian Liu, were gunned down as they sat in their patrol vehicle in Bedford-Stuyvesant Saturday afternoon.

The gunman, Ismaaiyl Brinsley, was later found dead with a self-inflicted gunshot wound.

According to the Daily News, officers will no longer be allowed to go on assignments alone and must always work in pairs.

The directive, which the News attributes to sources, emphasizes that “there are to be no solo assignments citywide” and “police officers on patrol should maintain a heightened level of awareness.”

It was also announced that all auxiliary patrols have been suspended “until further notice.”

On Monday, Bratton spoke to Matt Lauer on the "Today" show about visiting the families of slain officers Ramos and Liu.

"We're in a change moment," Bratton told Lauer. "The idea to take out of these crises, find opportunity to move it forward. I think that can happen."

Bratton also admitted to Lauer that Mayor Bill de Blasio has lost the trust of "some officers."

Many cops turned their backs on the mayor as he entered a police presser Saturday.

"I don't support that particular activity," Bratton told Lauer. "I don't think it's appropriate particularly in that setting. But it's reflective of the anger of some of them."

Before the shooting, their union president suggested officers sign a petition telling the mayor not to attend their funerals if they died on duty. Patrick Lynch had said officers felt they were "thrown under the bus" by de Blasio after a Staten Island grand jury decided not to indict a white officer in the death of Eric Garner, who was black.

A relative of one of the two officers killed says the family would welcome a visit from the mayor. He visited both officers' families at the hospital Saturday but did not see them yesterday, according to the Associated Press.

De Blasio had spoken then about teaching his own teenage son, who is biracial, to be careful around police.

Bratton is suggesting that recent pension changes and ongoing contract negotiations also had contributed to the uneasy atmosphere.

Ed Mullins, president of the sergeants association, asked his union members in a statement --

"To support the families of these two officers, keep them in your thoughts and prayers and to help bury our dead with honor. Each of them, was chosen by a higher authority for a purpose greater than we can understand at this moment."