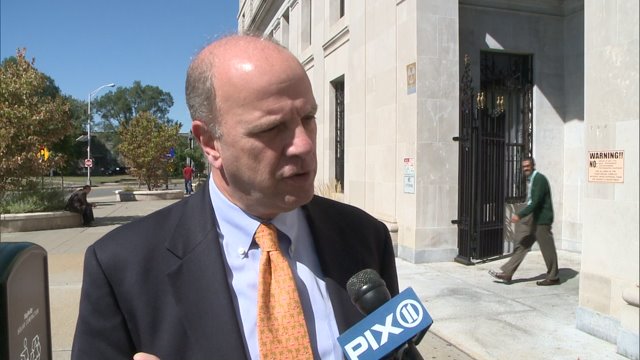 NEW JERSEY (PIX11) -- The Bergen County Prosecutor is now telling a different story about the majority of the memorabilia items he seized from a rogue drug store owner, some of which he auctioned off earlier this year.

“Molinelli said Max verified as authentic only about 25 percent of the items that he examined. The rest had been slated to be destroyed, but Molinelli said his office delayed that when PIX 11 began raising questions…”

But in September, Molinelli told PIX11 that he’d already destroyed the items that Max rejected. He also gave a different percentage of items that were deemed authentic. You can see his statement for yourself. Here’s what he said:

Molinelli: “The only thing we sold is probably about 10% of what the original seizure was because there were a lot of items that were not valid. But the problem is, I had to what I really had to do is I had to destroy those things. But I can’t des…”

PIX11: “And you did? You did? Destroyed the other things?”

Molinelli: “I did, yeah. I can’t destroy things unless I know for sure that they are not authentic. I can’t just guess. So what I did is I had the authenticator come in. He authenticated about 10%. The balance of it I destroyed. Cause now I had a document that gave me some protection to know that what I was destroying was invalid.”

So has the prosecutor destroyed the other items or not? If not, why not? And where are the items?

Earlier this month a self-described advocate for the public, Bill Brennan of Passaic County, filed a request under New Jersey’s Open Public Records Act seeking information about the destruction of any memorabilia. The prosecutor’s officer responded by saying “this office does not possess any records that are responsive to this request."
STATE INVESTIGATION

PIX11 reported last month that Molinelli’s office made false statements in an official document to get a no-bid contract for Max, Molinelli’s chosen memorabilia authenticator.

Since the broadcast, Molinelli has offered refunds to all bidders who “won” items at his auctions in May and September. The offer came after PIX11 also pointed out that Drew Max authentications are not accepted as a basis for auctioning items by any of the six major auction houses we surveyed.

Molinelli claimed he wanted an authenticator who did not also sell autographed items. In a memorandum to Bergen County Freeholders, his office claims three other businesses it contacted insisted on doing both. In fact, none of the companies performs both functions. Two are only auction houses. The third only authenticates.

We also reported that Molinelli failed to tell bidders that many items Max authenticated and that he was auctioning had previously been rejected as fake by other authenticators.

PIX11’s reporting has led to an investigation into the prosecutor’s actions by the New Jersey Attorney General's Division of Criminal Justice.