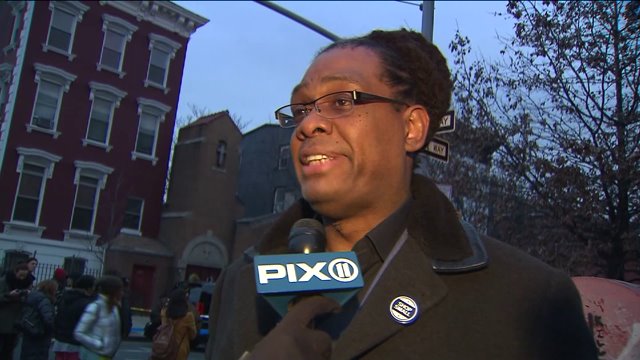 "This could not have come at a worse time," Brooklyn Council member reacts to the ambush that shot two NYPD police officers in the head Bedford-Stuyvesant Saturday. 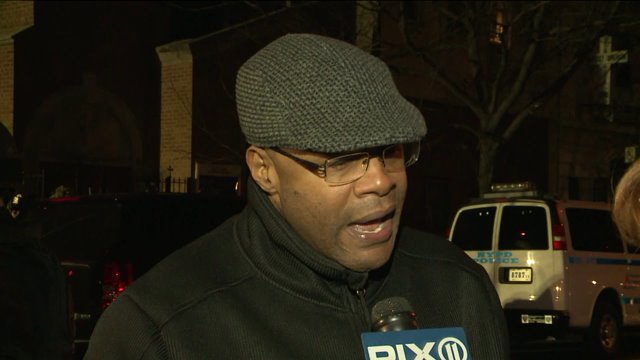 NEW YORK (PIX11) -- The Rev. Al Sharpton and several community leaders are speaking out about their outrage regarding the execution-style death of two NYPD officers Saturday afternoon.

In a statement released Saturday night, Sharpton said he spoke with the Garner family regarding the shooting.

"Any use of the names of Eric Garner and Michael Brown, in connection with any violence or killing of police, is reprehensible and against the pursuit of justice in both cases," the statement said. "We have stressed at every rally and march that anyone engaged in any violence is an enemy to the pursuit of justice for Eric Garner and Michael Brown... The Garner family and I have always stressed that we do not believe that all police are bad, in fact we have stressed that most police are not bad."

Councilmember Ritchie Torres also released a statement regarding the death of the officers.

"I am horrified, as all decent New Yorkers should be, by the recent murder of two police officers in Bed-Stuy, Brooklyn. Any one who shoots a NYC police officer, much less executes one in cold blood, should be aggressively prosecuted to the fullest extent of the law."

Last Saturday, two New York officers were assaulted on the Brooklyn Bridge during demonstrations that have been mostly peaceful. Police arrested four people.

Tensions between the community and police have heightened around the country since the Brown and Garner deaths.

So far, police have not commented on the motive for the Brooklyn shootings, except to say the officers were not engaging the shooter in any way when they were shot.

The city's police union and Mayor Bill de Blasio have sparred over the treatment of officers.

The Patrolmen's Benevolent Association recently sent a form for members to sign requesting the mayor not attend funerals of anyone killed in the line of duty, accusing de Blasio of "consistent refusal to show police officers the support and respect they deserve."

The mayor's office expressed disappointment with the PBA.

"Incendiary rhetoric like this serves only to divide the city, and New Yorkers reject these tactics," the city said in a letter. "The mayor and the speaker both know better than to think this inappropriate stunt represents the views of the majority of police officers and their families."

Sharpton will hold a press conference Sunday morning express their condolences to the families and police department.