Stephen Colbert hosts his last show on ‘The Colbert Report’ 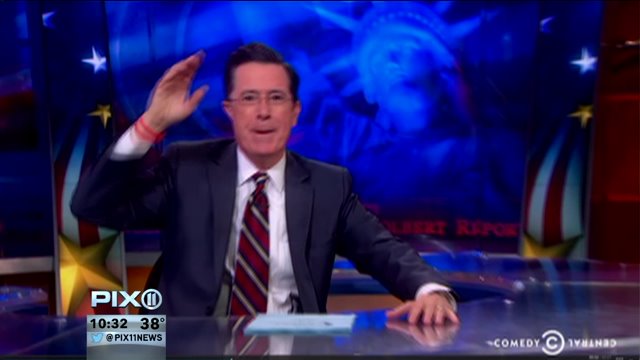 Colbert Nation will be leaderless after tonight.

NEW YORK (AP) — Colbert Nation will be leaderless after tonight.

After nine years, Stephen Colbert is leaving "The Colbert Report."

He is retiring the Comedy Central satirical-news show along with the mythical character who served as host — a pompous, conservative scold who shares his name.

His next step: playing himself as the new host of CBS' "Late Show" replacing David Letterman, who exits next May.