City trying to crack down on illegal home conversions 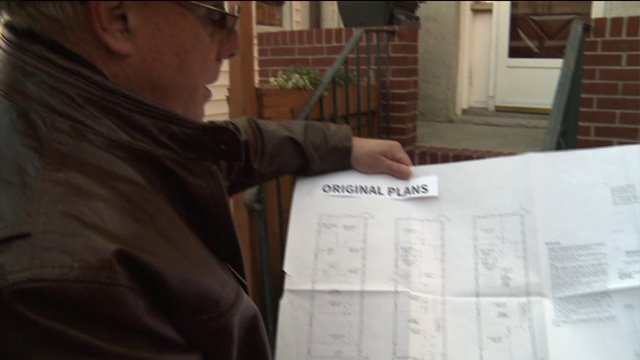 BROOKLYN (PIX11) -- They're causing overcrowded schools, dangerous situations for firefighters, and costing taxpayers a lot of money. That's why one city council member is trying to help the city crack down on illegal home conversions.

Bob Cassara has lived in Bay Ridge his whole life.
After a neighboring home came under new ownership and went through a massive renovation recently, Cassara decided to take a look at the plans from the Department of Buildings.

"What had before maybe three or four bedrooms, now has 11 or 12 bedrooms," said Cassara.

Naturally, the plans raised some questions, so Bob brought it to the attention of the local community board.

"They said the houses are being converted illegally."

In fact, the city receives more than 20-thousand complaints about illegal conversions each year.

And the reality is they put a burden on tax payers by raising home values, put first responders at risk because of inaccurate plans, and cause over-crowding at local schools.

"This is a lose, lose all around and it's growing throughout the whole city," said City Councilman Vincent Gentile.

The problem is, even if the Department of Buildings believes a home has been illegally converted, they can't go inside to check without permission from the owners. Which is why Councilman Gentile has proposed new legislation that would strengthen the laws for the city.

So what can you look out for?

Gentile says extra doorbells or electric and water meters might be the mark of an illegal conversion. There may also be multiple entrances like there are at this home Gentile's office says is on a list of suspected illegal conversions.

But if the City doesn't find a way to enforce the laws soon and prevent illegal conversions, Cassara his neighborhood resources will be spread too thin to consider staying in the future.

"It's a community I've lived in all my life and I'm sorry to say I will have to leave with everyone else. I'll become part of the problem."