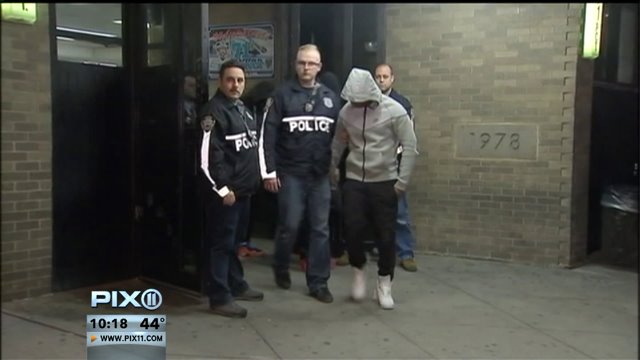 Rapper Bobby Schmurda and members of his crew are behind bars Wednesday night. 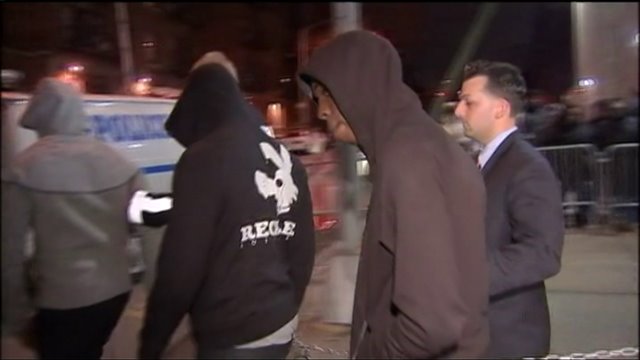 NEW YORK (AP) — An up-and-coming rapper was among several people arrested Wednesday in an investigation into a series of gang-related shootings and drug trafficking in the city.

Ackquille Pollard, who performs under the name Bobby Shmurda, was taken into custody shortly after he left a recording studio near Radio City Music Hall in midtown Manhattan.

Pollard, 20, is named with other defendants in an indictment that will be unsealed after their arraignments Thursday, said Kati Cornell, a spokeswoman for the Office of the Special Narcotics Prosecutor. She declined to detail the charges.

The Brooklyn-born Pollard is best known for the hit song "Hot Boy" and for a music video that popularized a dance move called the "Shmoney dance."

Authorities arrested members of the G-Stones 90's gang, including rapper Bobby Shmurda from Brooklyn in connection to a series of gang-related shootings and drug trafficking ring. (DCPI)

A "Hot Boy" video posted on YouTube in August has been viewed tens of millions of times, and Pollard performed the song for a national television audience this month on "Jimmy Kimmel Live."

"My music is straight facts," Pollard recently told New York Magazine. "There are a lot of gangsters in my 'hood."

The names of attorneys for Pollard and Marshal weren't immediately available.