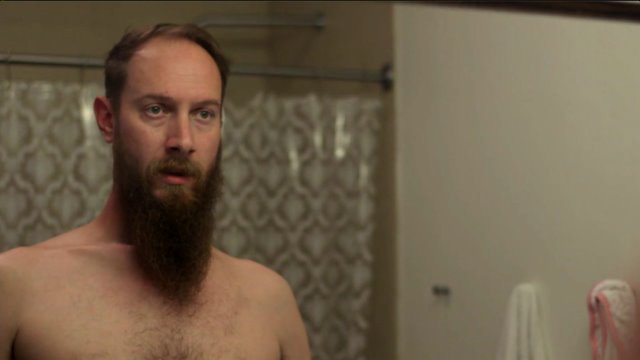 If you ask any man who`s ever rocked a serious beard, there`s a special bond that develops.

WILLIAMSBURG, Brooklyn (PIX11) -- If you ask any man who’s ever rocked a serious beard, there’s a special bond that develops.

Whether it’s the time invested in growing it out or the amount of grooming one takes to make it look its best – in some ways it becomes an extension of the man.

In the case of Luke Hughett, his beard was truly a part of his identity.

“I had facial hair for a good part of my life – about 10 years or so,” the Williamsburg man told PIX11 News. “I would get snow in it, it would frost over in the winter, it would leave me a tan line in the summer, it was just a fun thing to have.”

After the birth of his daughter Willa, however, the beard just got in the way. According to him, it became a target for pulling, disturbing and the occasional spit-up.

Hughett knew he had to shave it but get rid of it entirely was not exactly the goal.

“My partner at work asked ‘what are you gonna do with it?’ And it just struck me as funny,” he said.

“I thought I was just going to throw it into the trash and then we kind of joked, we should mount it on the wall. Then I was like what if we put it in a block of Lucite and then I was like – you know I’m gonna just do this.”

Recruiting the help of a stylist who buzzed the beard off, keeping it intact with hairspray, was the first thing he did.

Then of course finding an acrylic casting company that would take on such an odd job played a huge part in the undertaking, considering it has never been done before.

His entire journey was chronicled by a film crew which produced a short documentary that has caught fire online.

The final product – a 45lb block of Lucite encasing the beard that once donned his face – is something Hughett says he cherishes.

While his wife – not so much.

“She was like ‘right. I’m going to take a walk,’” Hughett said, describing his wife’s reaction to the massive plastic cube that has since taken up residency on the couple’s night stand.

As to when – if ever – he will explain everything to his infant daughter, Hughett says – “I don’t think she’ll ever be old enough to understand it.”

Watch the full documentary “A Case for the Beard” below: