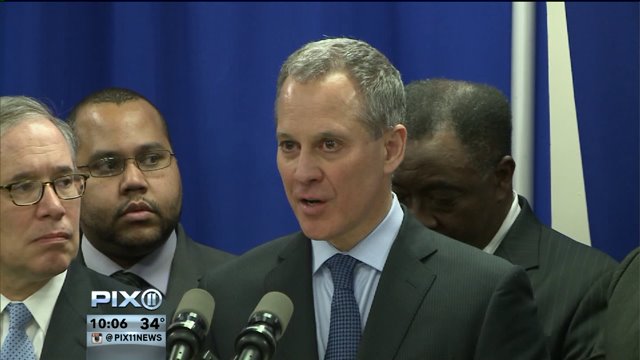 The state`s attorney general asked the governor Monday to give him the power to investigate deadly police arrests.

ALBANY, N.Y. (AP) — New York state's attorney general is seeking the authority for his office to investigate deaths at the hands of police following the public outcry over the killing of an unarmed Staten Island man.

Attorney General Eric Schneiderman, in a letter Monday to Gov. Andrew Cuomo, says that authority exists under New York law, has been used in the past, and is needed now because of the "crisis of confidence" in law enforcement.

The attorney general's authority would apply to cases after the executive order is signed and last until the state Legislature acts to permanently address the issue.

It wouldn't apply to the case of Eric Garner, who died after a confrontation last summer with several New York City police, including an officer who used an apparent chokehold.

None of the officers were indicted.