Teen in custody after mother dropkicked, robbed while carrying baby 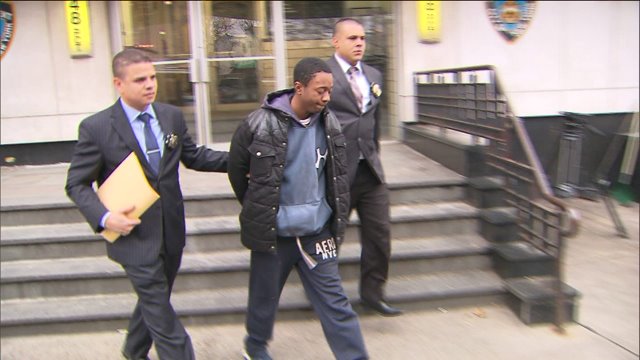 The teen accused of drop-kicking and robbing a young mother in the Bronx as she carried her infant is in custody. 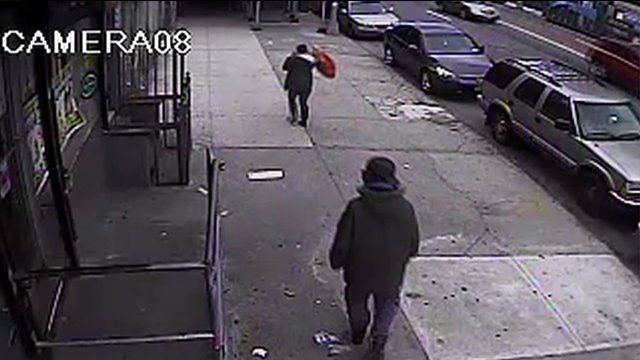 THE BRONX (PIX11) -- A teen has been taken into custody in connection with the vicious caught-on-camera ambush of a mother who was carrying her infant down a Bronx sidewalk, police said.

Alonzo Brown, 18, was in police custody Tuesday morning. He faces nine charges, including robbery, assault, grand larceny and endangering the welfare of a child, according to a criminal complaint.

Police identified Brown Monday as the suspect in the attack.

Police say Alonzo Brown kicked a mother and her baby to the ground before stealing the victim’s cellphone Nov. 28, 2014, in the Bronx. Investigators released this photo with a call for the public's help to find him. (Photo: NYPD)

A 24-year-old mother was carrying her 3-month-old son along East Tremont Avenue shortly before 1 p.m. Nov. 28 when he was attacked from behind.

The culprit kicked her in the back of the leg, causing her and her baby to fall to the ground. He then ran off with the woman's cellphone.

Both mother and child were taken to a hospital, treated and released.

The circumstances surrounding Brown's capture were not immediately known, though police had asked for the public's help in finding him.