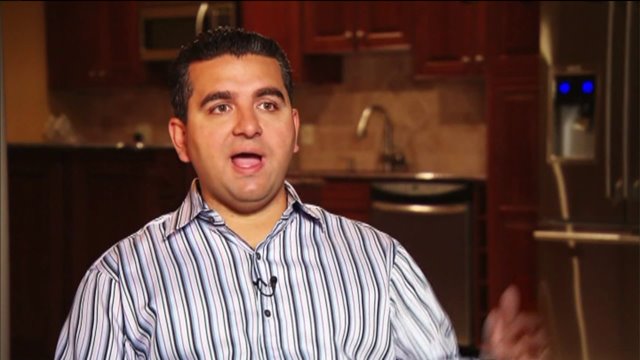 MANHATTAN (PIX11) - The 'Cake Boss' has pleaded guilty to driving while impaired after he says he downed just one drink in Manhattan last month.

The 'Cake Boss,' whose formal name is Bartolo "Buddy" Valastro, said Monday that he was "very disappointed" in himself and didn't know that his ability to drive had been affected.

Police pulled over the 37-year-old king of cakes around 1 a.m. after officers said they spotted him driving erratically north on 10th Ave., his yellow 2014 Corvette swerving in and out of traffic.

Officers described his face being flushed, eyes bloodshot and watery and his feet unsteady.  During court proceedings, the prosecutor claimed Valastro told officers, "You can't arrest me!  I'm the Cake Boss."

Valastro, of Montville, New Jersey, will lose his license for three months.  The infraction is considered a violation, not a crime.

The Cake Boss operates multiple Carlos Bakery locations across New Jersey and in Las Vegas, with a Cake Boss Cafe on 8th Avenue in Times Square.