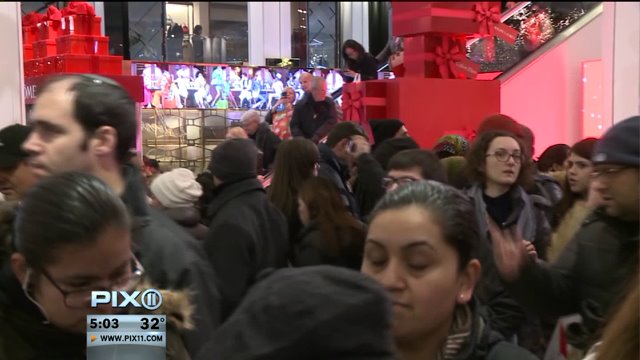 Black Friday 2014 wouldn`t be complete without large crowds and fights.

NEW YORK (AP) — The Black Friday shopping weekend may be losing its mojo.

A survey of shoppers released Sunday by the National Retail Federation shows how early discounting, more online shopping and an improving economy have fewer people shopping on the weekend that kicks off the holiday shopping season.

Overall, 133.7 million people shopped at stores and online over the four-day holiday weekend, down 5.2 percent from last year, according to a survey of 4,631 consumers by the trade group.

Total spending for the weekend is expected to fall 11 percent to $50.9 billion from an estimated $57.4 billion last year.