2 boys rescued after being trapped in snowbank for 7 hours 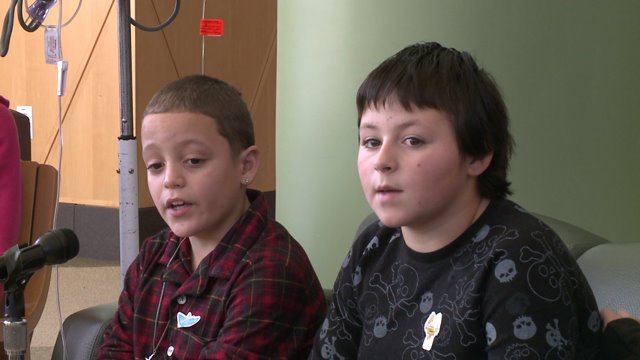 They were worried that if they fell asleep, they wouldn`t wake up.

NEWBURGH, N.Y. (PIX11) -- They were worried that if they fell asleep, they wouldn’t wake up.

The two boys who were trapped in a snowbank in Newburgh, New York told their survival story Friday.

“All I was thinking was that me and my cousin, we were going to die,” 9-year-old Jason Rivera said from Westchester Medical Center.

Jason and his 11-year-old cousin Elijah Martinez were out enjoying the snow and digging a fort Wednesday night when the “whole top of the fort just fell on us.”

The boys saw a small hole at the top but then they heard a plow. The driver didn’t see them. Only their hands were sticking out the top of the snow fort.

The boys said the plow dumped snow on them 3 times. They were totally buried.

Elijah said he was gasping for air. “I punched up towards the hole and made a little tiny space.”

As the boys struggled to stay warm and stay alive, Jason’s mother started to get worried. When they didn’t return home in time for curfew, she and her brother went door to door in the neighborhood but came up empty. That’s when they called the police.

Police soon joined the search. Family, friends and neighbors also looked for the cousins. No one knew they were right across the street under several feet of snow.

“When he pulled and started digging, he hit my son,” Aulix Martinez said.

The boys started scream and then everyone frantically started to dig. The boys were pulled to safety.

“They went above and beyond looking for my boys, for both of them. They wouldn’t give up. They were sitting there out in the cold and thank God they found them,” Martinez said.

The boys were taken to the hospital and treated for exposure. The family said when the boys return home to Newburgh, a Thanksgiving dinner will be waiting.