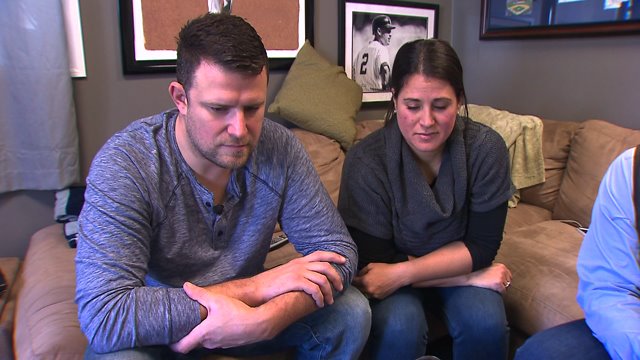 Mary Byrne seemed a bit stunned at learning just what Bergen County Prosecutor John Molinelli did in order to rip her off.

HACKENSACK, N.J. (PIX11) -- Mary Byrne seemed a bit stunned at learning just what Bergen County Prosecutor John Molinelli did in order to rip her off.

“Wow,” she exclaimed as she and her husband John watched our previous reports in their Suffolk County apartment. “It’s very sad that he would do this to innocent people.”

“To do something like that to somebody your personality, the person you are deep down is in question,” John told us.

The couple spent about $2500 at Molinelli’s May auction of seized memorabilia. But we reported much of the material had previously been rejected as fake. Molinelli never told anyone about that.

The prosecutor’s office also got a no bid contract for its own authenticator by making false statements in an official document. He’d said he’d had to reject three companies because they supposedly insisted on both authenticating and then auctioning the items. That would be a huge conflict of interest. But it’s not true. Two of the companies, Heritage and SCP, just run auctions. The third, PSA/DNA is a widely used outside authenticator. It does not do any auctioning.

“The reason outlined in the document for not using us is… completely false,” said PSA/DNA President Joe Orlando. “I would probably guess that the person who constructed this document never thought I would get ahold of it.”

“If someone else did this they would probably go to jail,” was Mary’s take. “The people in authority do things they do and they’ll get away with it. How is that right?”