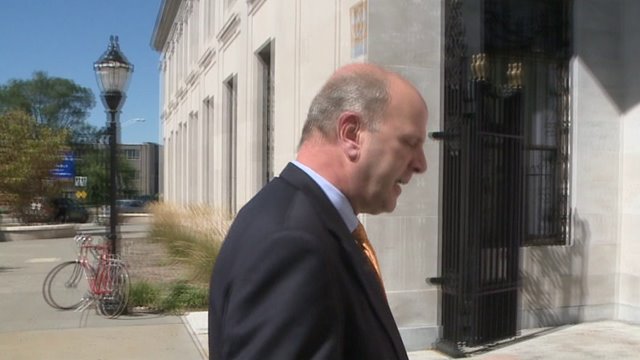 Mary Byrne and John Slokovitz are newlyweds. They`re huge Yankee fans. They met at the Stadium and got married there in August.

NEW JERSEY (PIX11) -- Mary Byrne and John Slokovitz are newlyweds. They’re huge Yankee fans. They met at the Stadium and got married there in August.

And they were thrilled to have autographed baseballs signed by great stars including Mary’s all-time favorite, Mickey Mantle.

"It was kind of like a once in a lifetime opportunity," Mary said about a memorabilia auction in May by the Bergen County Prosecutor.

John Molinelli had seized the items from a rogue drug store owner who’d been selling illegal drug samples and laundering the proceeds by purchasing memorabilia. Molinelli also held a follow-up auction for unsold items in September.

John told us, "It sounded legit enough coming from the prosecutor's office that we knew we'd be able to trust them."

But when it comes to memorabilia the best advice is to trust no one.

It turns out the Bergen County prosecutor was notified informally and through litigation papers almost 7 years ago that many of the items he’d seized were worthless fakes. But he never informed any auction bidders of that.

Instead, Molinelli hired his own authenticator, Drew Max who appeared on the TV show Pawn Stars. He says Max approved about 25% of the items he authenticated for the prosecutor.

When we spoke with Molinelli outside the Bergen County Justice Center in November, he denied auction items were ever deemed to be fakes.

“That did not happen. They had not been rejected,” he told us. “The items that were just sold are authentic … I stand by my guy.”

Although Molinelli stands by Max, major sports memorabilia auction houses don’t. We canvased 6 of them. Not one would accept a Drew Max certificate of authenticity as a sufficient basis for including items in its auctions.

"I dispute the accuracy of what you're saying,” was the prosecutor’s response.

Really? Well, we wanted to ask him more and have him read the very warning about the fakes he’d received in lawsuit litigation. But suddenly the prosecutor took off for the safety of his office in the Bergen County Justice Center.

In our next report, we'll show you what the prosecutor did to get a no-bid contract to hire Drew Max for $10,000.

Hint: it involves not telling the truth.