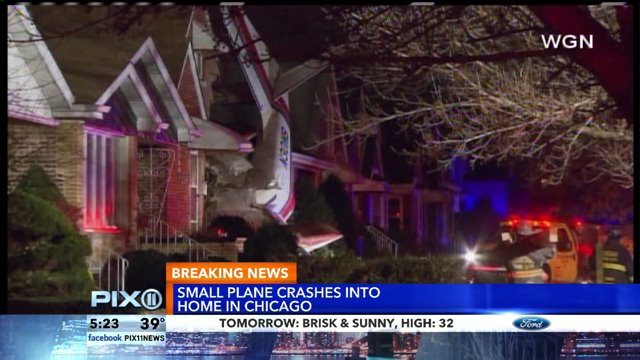 CHICAGO (PIX11) -- A pilot has died after a small cargo plane crashed into a home near Chicago’s Midway Airport, authorities said Tuesday.

The plane’s pilot reported engine problems just after takeoff and tried to return to Midway, but instead went down about a quarter mile from the end of a runway, according to Federal Aviation Administration (FAA).

The Aero Commander 500 -- bound for Chicago Executive Airport -- crashed through the roof of a house, into the living room and through to the basement, according to footage from the scene. There was no fire or explosion.

Two older residents were found inside, checked by EMS and determined to be “fine,” a fire official said.

The pilot's identity has not yet been released.