Doctor with Ebola coming to US for care 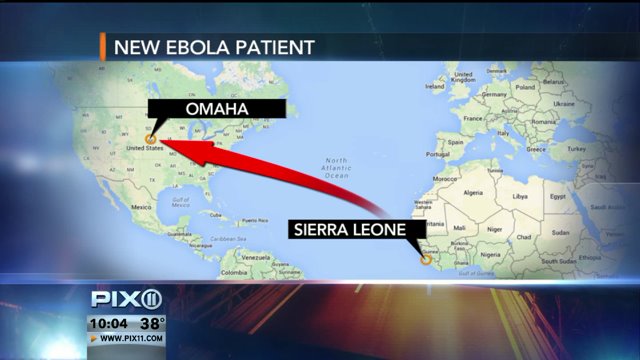 The US will be treating another Ebola patient.

NEW YORK (AP) — A federal government source says a surgeon working in West Africa's Sierra Leone has been diagnosed with Ebola and will be flown to the United States for treatment on Saturday.

The doctor is a citizen of Sierra Leone but also is a permanent U.S. resident, according to the source. The surgeon will be treated at the Nebraska Medical Center in Omaha. The source spoke on condition of anonymity because they were not authorized to release the information.

A spokesman at Nebraska Medical Center would not confirm Thursday if another patient was expected.

The last Ebola patient in the U.S. was released from a New York City hospital on Tuesday.