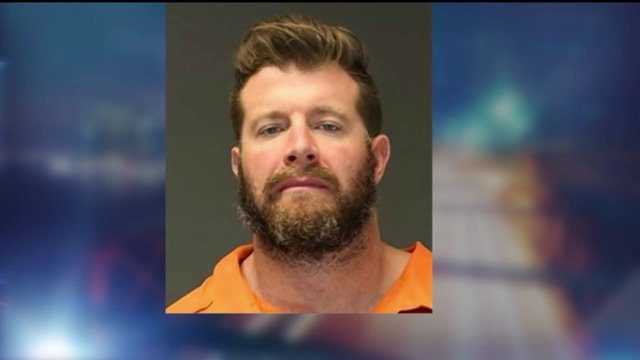 Luke Petitgout was arrested in Bergen County Tuesday after allegedly beating up his estranged wife at her home in Woodcliff.

The charges were filed in Pascack Joint Municipal Court on Tuesday. Prosecutors didn't immediately respond to an email seeking details of the alleged crimes, but a criminal complaint, obtained by NJ.com, detailed the violent attack.

Petitgout allegedly pinned the woman to the floor and digitally penetrated her. He also allegedly choked her with her bra, which he removed, after tackling her to the ground. The New York Daily News reported Petitgout's victim was his estranged wife.

The former football player had a misdemeanor harassment case against him after his wife accused him of hitting her. The case was dropped in New York last year.

Petitgout was being held on $50,000 bail in the Bergen County jail. Jennings says he expects him to be released soon.

He played college football at Notre Dame and spent eight seasons with the Giants and one with the Buccaneers.