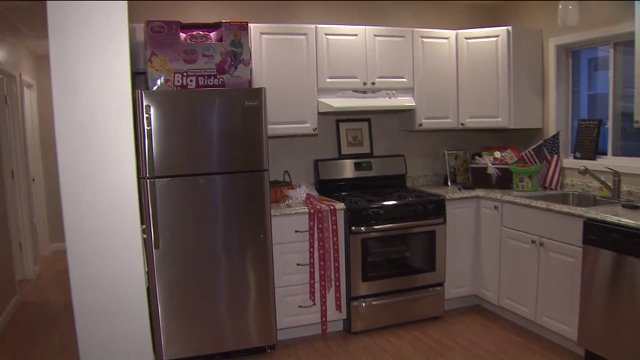 A New York City firefighter and his wife will carry their second child into a brand new home thanks to volunteers who helped them rebuild after Hurricane Sandy. 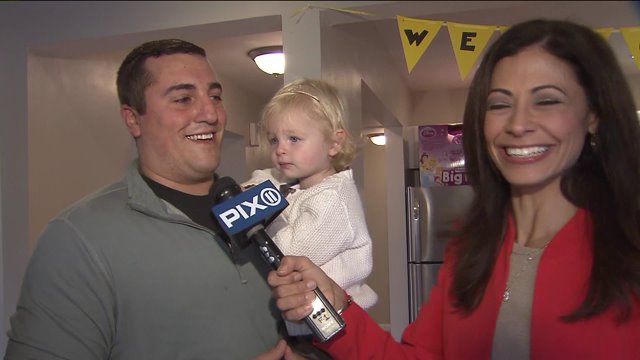 STATEN ISLAND (PIX11) -- A New York City firefighter and his wife will carry their second child into a brand new home thanks to volunteers who helped them rebuild after Hurricane Sandy destroyed their Staten Island residence.

FDNY Lt. Chris Kotula, his wife Carolyn and their 2-year-old daughter Caelyn will see their new home for the first time Wednesday on the two-year anniversary of the devastating storm.

Just two weeks before the hurricane totally destroyed their home, Kotula and his wife welcomed their first child. Now, their second child will arrive in -- hopefully -- to a far less stressful scenario.

The Stephen Siller Tunnel to Towers Foundation made it all possible thanks to its network of thousands of volunteers. It was created in memory of the firefighter, the group’s namesake, who died responding to the World Trade Center on Sept. 11.

So far, the foundation has completely rebuilt and restored 150 homes with an additional 40 homes expected to be complete by early next year. It’s restored thousands of other homes damaged by the storm.

There are dozens of Sandy memorial events scheduled for Wednesday. For details, click here.

To support the Stephen Siller Tunnel to Towers Foundation and their volunteers who help families across the city, click here.