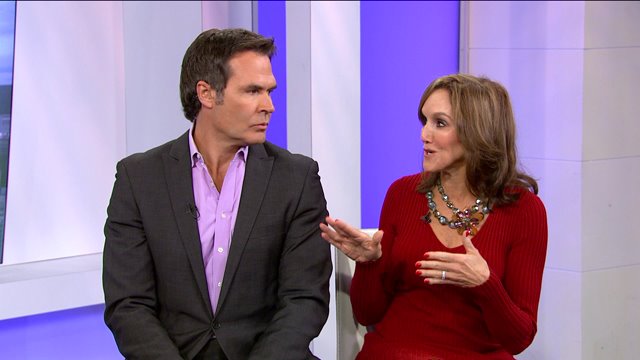 (PIX11) -- Nina Pham, the first U.S. nurse to contract Ebola after treating a patient in Dallas, has been declared free of the virus, according to the National Institutes of Health, where she was being treated.

Pham, 26, had been at the Maryland hospital since Oct. 16, having contracted the often-deadly illness while treating a man who picked up the disease in Liberia.

"I feel fortunate and blessed to be standing here today," Pham said at a news conference to announce her discharge from the hospital.

There is no cure or vaccine for Ebola. Doctors caring for Ebola patients use "supportive care," meaning they treat the symptoms as they come to allow the patients' own immune system to fight off the virus.

#NinaPham is #Ebola free after 5 negative tests for the virus. She is excited to return home. pic.twitter.com/qC1aQcDv8c

Part of Pham's treatment included receiving a plasma transplant from Dr. Kent Brantly, a U.S. missionary who contracted Ebola while treating patients in West Africa. Having beaten the illness himself, Brantly's blood may have vital antibodies.

In a brief public statement Friday, her first, Pham thanked Brantly for his potentially life-saving donation.

She also requested privacy as she works to get back to full health and joked that she looks forward to reuniting with her dog, a 1-year-old Spaniel that wasn't untouched by his owner's illness.

Dubbed Bentley, the pup was quarantined after Pham was confirmed to have Ebola, though the U.S. Department of Agriculture and the American Veterinary Medical Association do not believe that pets are at significant risk of contracting the disease.

However, Pham's colleague, Amber Vinson, did contract Ebola. Vinson's family said Thursday that the virus is no longer detectable in the 29-year-old's body.

Duncan flew from Liberia to the U.S. days before he became ill and was diagnosed as the first case of Ebola in the U.S. He died Oct. 8.

Doctors who treated Pham have planned an 11:30 a.m. news conference to discuss the details of Pham's recovery and her discharge from the hospital. Click here to watch.

News of Pham's recovery comes as New York City is handling its first case of Ebola in a 33-year-old doctor who recently returned from a humanitarian mission to West Africa.

Dr. Craig Spencer, who lives in Hamilton Heights and works at New-YorkPresbyterian Hospital, treated Ebola patients in Guinea and returned to the U.S. last week. He came down with a high fever Thursday morning and soon after was diagnosed with Ebola.

He's being treated at Bellevue Hospital and, now that Pham has recovered, the only known case of Ebola in the U.S.

City health officials have been adamant in their urging for calm.

Ebola is spread only through direct contact with the bodily fluids of an infected person who is showing symptoms, and the virus is not airborne.

Ebola had killed nearly 5,000 people, the vast majority of whom in Liberia, Sierra Leone and Guinea, according to the latest figures from the Centers for Disease Control and Prevention.

The CDC announced this week that all travelers coming to the U.S. from those three West African countries will be actively monitored for Ebola-like symptoms -- which include a high fever, nausea, vomiting and diarrhea -- for 21 days upon their return.