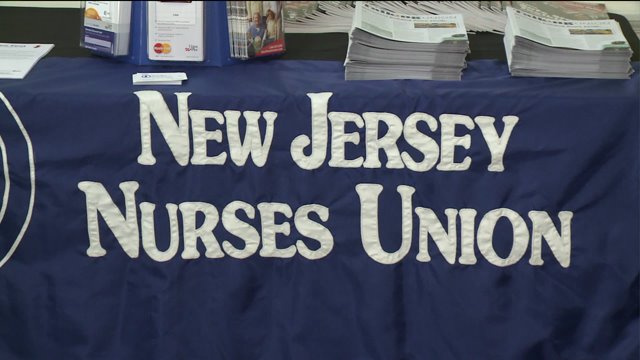 After two Dallas nurses became infected with Ebola following the treatment of Thomas Eric Duncan, the first person ever diagnosed with the deadly virus in the U.S., nursing associations across the nation went on high alert.

LIVINGSTON, N.J. (PIX11) -- After two Dallas nurses became infected with Ebola following the treatment of Thomas Eric Duncan, the first person ever diagnosed with the deadly virus in the U.S., nursing associations across the nation went on high alert.

In New Jersey on Friday, five different unions for nurses came together to discuss their concerns in the Garden State. "We want to make sure that in order to provide safe care for patients, we are protected and they are protected," said Lisa Ruiz of the New York State Nurses Association.

That was the message from the union representatives who came together to discuss attaining proper Personal Protective Equipment (PPE) for the more than 25,000 nurses they represent.

However, Bernie Gerard of Health Professionals and Allied Employees made it clear they weren't speaking only for union members, but rather every working nurse. "We want all nurses to be represented, we want them to be at the table."

Maria Refinski, is the President of the New Jersey Nurses Union. "On a scale of 1 to 10, I would say 8." That is how she rates the current state of protective equipment for the nurses in the the region she represents.

As for their belief in that equipment? "I don't think any of us are 100% confident right now because of the daily change in policy," said Refinski.

That change in policy, according to union representative Patricia Avila, makes the task of being properly prepared challenging," They have revamped the training, now I'm going to have to learn the new stuff already and this is all in one week."

While all agree that the Ebola panic can be decreased through communication from state and federal officials, PIX11 News asked if any of the union reps had been provided with specific guidelines from New Jersey's Department of Health as well as the CDC, none of them raised their hands.

"We've created our own," said Gerard.

Gerard did admit hospitals associations have been contacted. However, the group chalked it up to an another example of the lack of communication coming from above. "This all came out in August from the CDC. CDC probably should have had things in place," said Refinski.

Aside from having the best equipment possible, representatives also stated that they want the best environment to treat a potential Ebola case in New Jersey. When PIX11 News asked one representative exactly how many optimal environments they have in the Garden State? She responded that in her section they only have one.