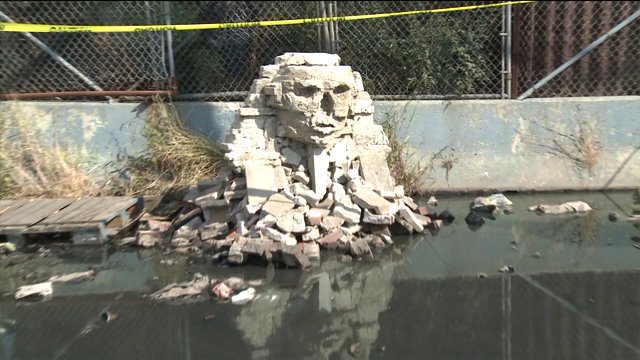 It`s hard to believe that exactly a year ago, NYC was under Banksy`s spell. It was last October when the famed graffiti artist kicked off a month-long street residency in the city.

NEW YORK (PIX11) – A series of chaotic scenes unraveled nearly every day in New York City in October of 2013 and an Apple product played no part.

It was this time last year when graffiti artist Banksy embarked on a month-long tour where he unloaded works of art across the five boroughs.

A new documentary on the artist’s stint in the Big Apple will premiere next month, shedding light how Banksy managed to captivate a city.

At the time, fans and their band wagon counter parts, believed the works were worth a pretty penny. It turns out they were right on the money.

While nearly half of the works were destroyed by competing graffiti artists, others were salvaged. Owners of the property where the art was erected extracted the pieces from their walls in hopes of selling it on the high-end art market.

Among them was Red Hook’s heart balloon which went to auction in Miami earlier this year. Unfortunately, it failed to find a home. Bids didn’t come close to the asking price of $400,000 -- $600,000.

A truck door piece tagged with “The grumpier you are, the more a- -holes you meet” also didn’t make cut.

Another notable piece that is still making the rounds on the auction block is Willet Point’s cinder-block Sphinx.

In Williamsburg, one family even tried to donate their Banksy piece -- two painted Geishas on a wall along their Graham Avenue building. However, the Brooklyn Museum wasn’t interested.

It appears the only winner from Banksy’s New York residence last year, was a New Zealand woman who purchased two works from a Central Park street vendor for $60 bucks a pop.

Banksy’s entire New York adventure will come alive in the upcoming documentary “Banksy Does New York” which will premiere at the DOC NYC Festival on November 14 and then will air on HBO on November 17.