Backstage on Broadway: Tony-winning Michael Rupert talks journey to ‘On the Town’ 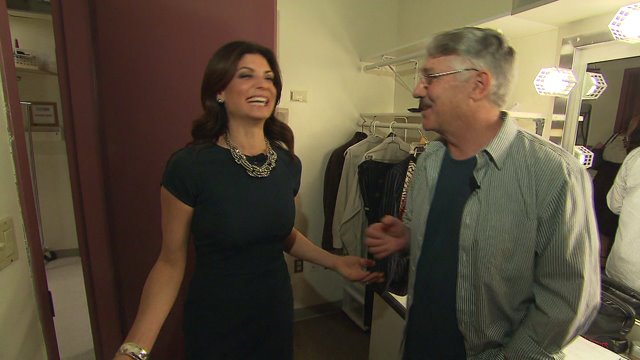 In this week`s Backstage on Broadway, PIX11`s Tamsen Fadal chats with Tony-winning actor Michael Rupert about his 44-year career that led him to new show "On the Town."

And 'On the Town' is one heck of a musical-comedy.

"It's a show from 1944," Michael Rupert, who plays Judge Pitkin, said. "It’s about three sailors who come to New York for 24 hours to see the town and to meet girls,”

A show back on Broadway for it's third revival.

“This production first started last year at a theater in Massachusetts called the Barrington Stage Company," Rupert explained. “Then Ben Brantley from the New York Times came up and wrote a rave review and all of a sudden there was this interest from all these producers.”

Michael Rupert, a 44-year Broadway veteran, takes on the role of Judge Pitkin.

“When I was 15, I was cast out of California as the lead in a Broadway show," Rupert said. "A play called 'The Happy Time' with Robert Goulet.”

A part that earned him his first of three Tony Award nominations.

From there, Rupert went on to star in big shows like Pippin, Falsettos and most recently, Legally Blond: The Musical. Throughout the years he has worked with some legendary actors, like Julie Andrews.

“She insisted I call her mother," Rupert remembered. "She would make tea for all of us.”

He even won a 1986 Tony Award for Best Performance by a Featured Actor in a Musical for 'Sweet Charity.'

"[Michael] leads by example," Elizabeth Stanley, who plays Rupert's fiancee, said. "[Despite his success] he’s the coolest cat, he's always down to try anything."

And when this New Yorker's not on stage...

“I like to travel [and] I love watching movies,” Rupert said. “I have a nice play in the Financial District with a terrace that I garden on."

RELATED: 'On the Town' actor Rupert explains what amazes him

But, what's the best part of this gig?

"I don’t even come on for the first like 45 minutes so it’s like the easiest gig on Broadway," Rupert said. "[While I wait] I have my computer, and books so I read.”

And his advice to Broadway newcomers?

"You just got to work hard and you have to have a life outside of the theater," Rupert said. "Even if it's just gardening on your terrace! You have to do things outside of work because that's what life is all about."