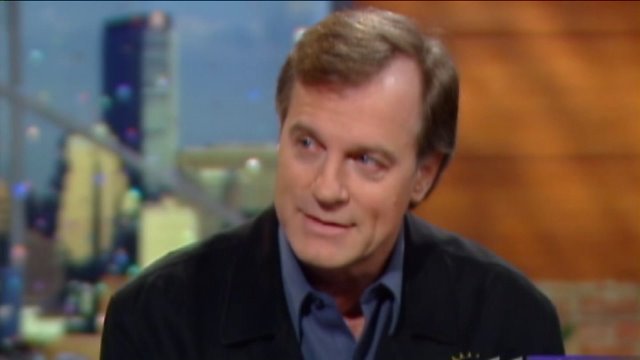 He played a pastor on the family values show "7th Heaven" but now he`s the focus of an NYPD investigation after allegedly admitting to sexually abusing three young girls.

LOS ANGELES (CNN) -- Actor Stephen Collins is alive and well, the Los Angeles police said late Tuesday night, quashing rumors and unconfirmed reports that he shot himself in his home.

Collins wasn't at home when a reporter camped outside heard a loud noise and called police, believing it was a gunshot, said Los Angeles Police spokeswoman Jane Kim.

Police determined no shots had been fired.

But by then, the news had ricocheted around the world, helped in part by numerous tweets, including one by actress Donna D'Errico to her 53,000 followers.

"That guy from 7th Heaven lives right around the corner from me & just shot himself a few minutes ago," she wrote.

That tweet's since been deleted.

"I just tweeted out what I was being told by my neighbor who were on scene. I apologize for tweeting what I'd heard before confirming it," she posted instead.

It was another bizarre turn in a day that had more than its share.

First, celebrity gossip website TMZ released an audio recording that purports to have been recorded during a November 2012 therapy session involving Collins and his estranged second wife, Faye Grant.

In it, the website says, Collins made incriminating statements similar to those Grant accuses him of in divorce filings, namely that he admitted to her that he molested underage girls.

Collins, 67, is involved in a contentious divorce with Grant. But she told E! News she had nothing to do with the release of the recording.

"I woke up today to learn that an extremely private recording I handed over to authorities in 2012 per their request in connection with a criminal investigation was recently disseminated to the press," she said. "I had no involvement whatsoever with the release of the tape to the media."

A can of worms

The revelation opened up a whole can of worms for the actor, best known for playing a pastor on the TV show, "7th Heaven," which ran for 11 years.

The gist of it is this: A relative of Collins' first wife went to police in November 2012 and told them she was sexually assaulted by Collins when she was 14 years old while inside his New York apartment, a senior law enforcement official told CNN on Tuesday evening.

Due to the statue of limitations, he can't face charges in the case. There are specific laws with child sexual abuse cases in New York that allow for an extension of the statute of limitations, but even with that, this particular case against Collins can't be prosecuted, the official added.

Now, the investigation continues to see if there might be any other women with similar allegations, the source said.

(In New York, a person has five years from their 18th birthday to make an accusation of sexual abuse to authorities.)

"No crime report was ever made and there was no verified victim," he said.

Following the revelation, Collins was fired from his job on the movie "Ted 2."

He also resigned Tuesday from his spot on the national board of the Screen Actor's Guild, a source at the organization with knowledge of the situation told CNN.

And UPtv, a family-friendly network, said it was pulling reruns of "7th Heaven" from its lineup because it was "deeply concerned for the families that are potentially affected by these disturbing allegations."

The accusations are explosive.

According to divorce documents filed in Los Angeles County Superior Court, Grant says she learned Collins had "been engaging in a long-term pattern of sexually molesting children." She said Collins admitted to her that he molested three underage girls more than a decade prior, the court document says.

Neither Collins' attorney nor his agent immediately returned any of CNN's numerous calls. Grant's representatives also didn't respond to requests for comment.

Grant said in the court documents that she was unaware of Collins' behavior until he told her in January 2012. They separated the next month, after almost 27 years of marriage.

In Collins' legal response to the divorce filing, his lawyer doesn't specifically address the claims made by Grant, though he does write that it "is really an attempt to extort concessions in settlement."