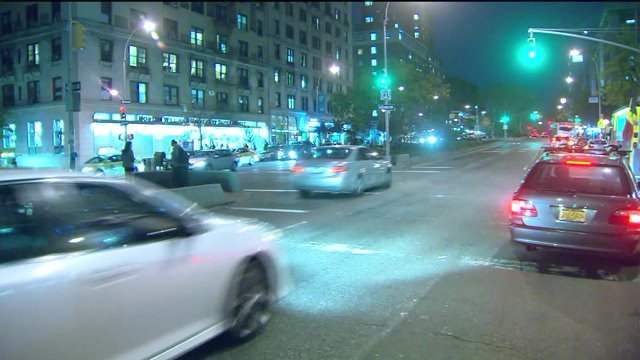 City speeders, it`s time to pump the breaks. Traffic in the five boroughs is about to slow down.

NEW YORK (PIX11) -- City speeders, it's time to pump the breaks. Traffic in the five boroughs is about to slow down.

Tuesday, the City Council voted overwhelmingly to lower the default speed limit from 30 down to 25 miles per hour.

The safety measure is expected to be a lifesaver, especially for bikers and pedestrians. But drivers along busy Broadway were not convinced. "No, it's not going to be a big difference," one cab driver told PIX11.

Changing the speed limit has been a hard fought issue and a hallmark of Mayor Bill de Blasio's Vision Zero campaign.

"It also would not have happened without the action of New Yorkers who lost loved ones to speeding motorists to reckless motorists, motorists not yeidling to pedestrians in crosswalks," White said.

Mary Beth's husband Karl was on a bike 8 years ago when he was killed on the Upper West Side when a car turned the corner into his path.

And in the same neighborhood this July, 61-year-old Jean Chambers was hit and killed by an SUV on West End Avenue and 95th Street.

In January, also on the Upper West Side, it was Cooper Stock, 9 years old, killed by a cab while crossing the street with his dad.

Transportation Alternatives says the need for traffic changes is urgent, a matter of life and death.

And dropping the speed limit is just the beginning.