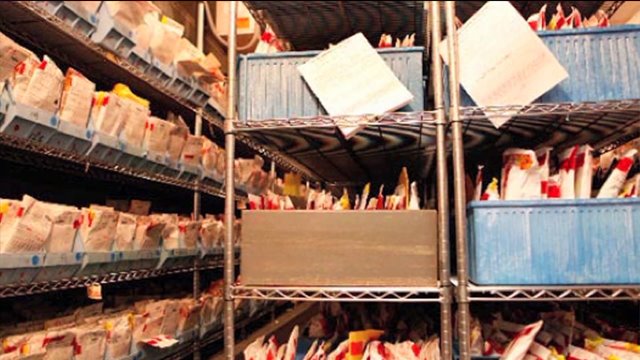 Hundreds of thousands of rape kits have gone untested across the country. But New York is up to speed, and serving as a model for other big cities facing the same problem.

NEW YORK (PIX11) -- An estimated 400,000 untested rape kits are stacked up on shelves in storage rooms across the country.

"I consider this a national scandal, that evidence is there that can remove a rapist from the street and prevent him from committing on average six other rapes," said New York Congresswoman Carolyn Maloney, who has been working to address the problem.

On Wednesday she announced that President Obama has signed into law an extension of the Debbie Smith Act, which means $151,000,000 in federal funding will be available to help clear the backlog by having the DNA rape kits tested.

"All we need is the political will to get this done," said Maloney, who authored the original Debbie Smith Act.

“DNA really speaks to the power of law enforcement to not only prosecute crime, it also helps exonerate the innocent,” said Manhattan District Attorney Cy Vance.

Natasha Alexenko was raped and robbed at gunpoint in 1993 in the city. Her rape kit sat on a shelf collecting dust in a storage room for 9 and a half years before it was finally tested and her rapist charged and convicted.

She said during the time her DNA rape kit went untouched, her attacker went on a nationwide crime spree.