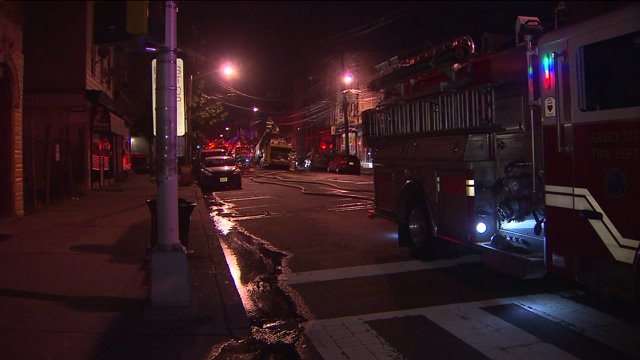 JERSEY CITY, N.J. (PIX11)-- Authorities are saying a garbage truck erupted into flames and later spread to at one house and a few cars Monday morning.

The flames are now under control by firefighters.

Authorities said families were removed from two buildings, but are now allowed back inside.

No report of any injuries.