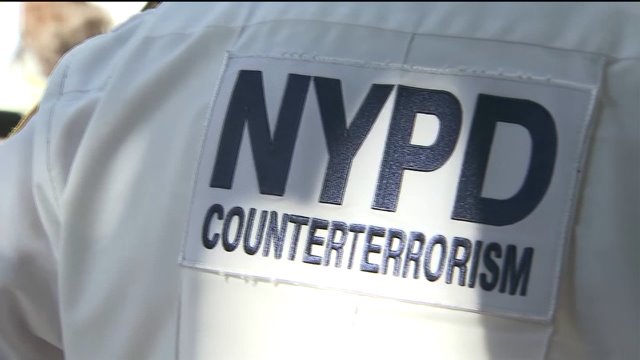 NYPD Police Commissioner Bill Bratton says that the nature of the threat for NYC is `constant.`

"In the near term," he said. "al-Qaeda has forces in place who prime mission is to attack the United States."

He believes I.S.I.S. is more occupied with forming its own caliphate, and "poses a more significant threat down the line, particularly as our government begins to attack them."

He voiced concern over the 100 or so American citizens who have joined the ranks of the Islamic extremists.

"My concern is that they have passport capabilities and can travel freely."

Bratton said of particular concern right now is the "lone wolf" sympathizers who are capable of carrying out attacks against us.

Bratton was reassuring that the NYPD is well-prepared to counter any terrorist threat.