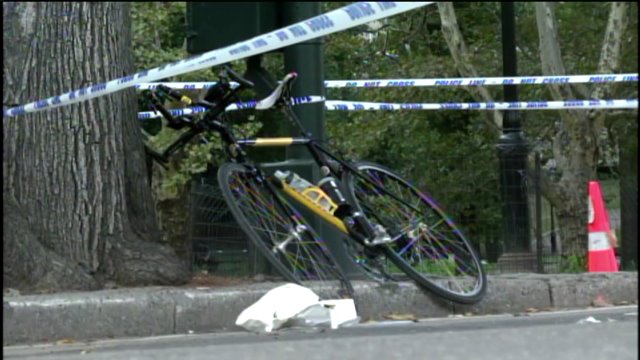 A woman is clinging to life after being hit by a cyclist in Central Park.

HARTFORD, Conn. (AP) – A Connecticut woman struck by a cyclist in Central Park has died.

Mike Wittman announced the death of his wife, Jill Tarlov, in an emailed statement Monday morning. He said she was taken far too soon, and thanked those who kept her in their thoughts and prayers.

The 59-year-old Tarlov, of Fairfield, was struck by a bicyclist Sept. 18 and suffered head trauma. She was a former employee of radio station 1010 WINS. Her husband is senior vice president of finance at CBS.

Police say the 31-year-old cyclist remained at the scene. He suffered minor injuries.