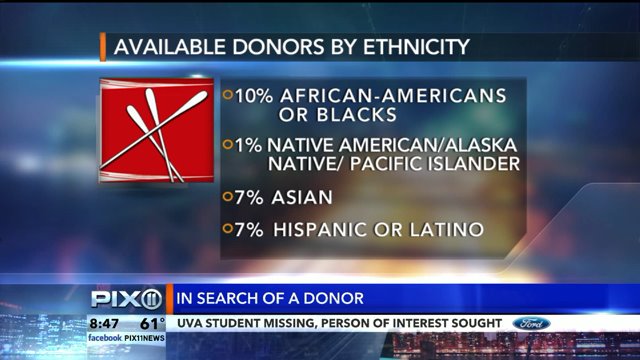 24-year veteran, Jimmy Martinez, suffers from multiple myeloma. This comes after 13 of working tirelessly on the rescue and recovery efforts during the WTC attacks.

(PIX11)  -- Thirteen years after working tirelessly on the rescue and recovery efforts in the days and weeks that followed the Sept. 11 terror attacks, a 54-year-old firefighter needs a hero of his own.

Jimmy Martinez, who served with the department for 24 years, has multiple myeloma, a cancer formed by malignant plasma cells.

Martinez said he doesn't regret working on the pile to help the city recover, but now he desperately needs a bone marrow transplant. Being of Hispanic heritage, he's having a difficult time finding that match.

Minorities typically have a harder time finding a bone marrow match, which relies heavily on the donor and the recipient to have similar DNA and there are far fewer minority donors on file than those who are white.

To learn more about donating bone marrow to patients with cancers of the blood, click here.

To sign up with the national bone marrow registry, visit Bethematch.org.