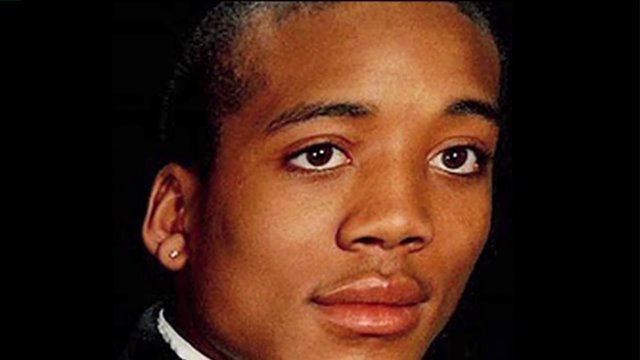 Homicide detectives think someone who worked in the New York City transit system or knew it very well was behind the gruesome, 2005 dismemberment of 19-year-old Rashawn Brazell, who was supposed to meet his mother for lunch on Valentine`s Day that year.

BROOKLYN (PIX11) -- Homicide detectives think someone who worked in the New York City transit system — or knew it very well — was behind the gruesome, 2005 dismemberment of 19-year-old Rashawn Brazell, who was supposed to meet his mother for lunch on Valentine’s Day that year.

Instead, his torso, legs, and one arm were found in trash bags in a subway tunnel on February 17, 2005. Another arm and hand were discovered at a Greenpoint recycling plant a couple of days later. His head was never recovered.

“I didn’t get to look on him again,” his mother, Desire Brazell, said through tears in a recent interview. “No one deserves to end up being thrown away, like they’re just trash.”

Desire was working in a homeless shelter in Washington Heights on the day her youngest son vanished.

Rashawn was supposed to get his taxes done that Monday morning, before meeting her. He had talked about breaking away from some people in his life and making changes — but didn’t elaborate.

He left his family’s Gates Avenue apartment around 7:30 a.m. and walked toward the Gates Avenue train station. But it’s not clear if he ever got on the train.

Rashawn was gay and highly charismatic, but polite, but his family isn't convinced his brutal murder was the work of a jilted lover.

“I believe that somebody who had knowledge of the subway system had to be involved in this,” said Brooklyn North Homicide detective, Richard Amato. “We checked all the rooms in the subway, in between stations, and we never found the original crime scene.”

Rashawn's body parts were discovered in the subway tunnel between the Nostrand and Franklin Avenue stations on the “A” line. And one clue detectives focused on was a black, “Rooster” tool bag that had the victim’s blood inside, among tool bits. The bag used to be sold by Lowe’s and was being tested by employees in the Transit Authority.

Detective Amato noted Brazell’s body was cut up with some sort of precision by “somebody who had knowledge of the anatomy, could be a butcher, could be a doctor,” Amato said.

Amato still goes out every year, before the Gay Pride parades in Manhattan and Brooklyn, handing out flyers, seeking new information.

Terik King is a filmmaker who is writing and producing a documentary called “Rashawn’s Desire: The Untold Story of Rashawn Brazell.” King hopes to release the film next year.

“This was not a troublemaker,” King told PIX11 News. “This is someone who was really doing his best to do well by his family.”

Rashawn's high school principal recalls in the documentary that Rashawn used to work at Burger King and other jobs, trying to earn a living. King told PIX11, “I learned about his charitable nature, and that’s not something typical for a 19-year-old.” King added, “I think Shawn had a blind spot when it came to how evil people could be.”

There is a scholarship fund in Rashawn's name, and King said the man who runs it got a taunting message one year that almost sounds like a confession from the unknown killer.

“The tone of it was, ‘He wasn’t an angel, this happened, I’m sorry, I paid someone to do it,” King told PIX11. “We keep getting these cryptic hints every year, around his birthday.”

Rashawn's mother is hoping she will get some justice before the 10th anniversary of her son’s murder, next February.  “I just have this feeling that I’m finally going to get some closure,” she said.

Yet Desire is haunted by the knowledge that her son may have been held captive for up to two days, before he was killed.  “I just go over in my head, there was nothing I could do for him,” his mother cried.

The NYPD Crime Stoppers Unit is offering a $22,000 reward for anyone who can offer information that leads to an arrest and conviction in the murder of Rashawn Brazell.

All calls are kept confidential and a tipster receives a code number that can be used to collect the money. The Crime Stoppers phone number is 1-800-577-TIPS.