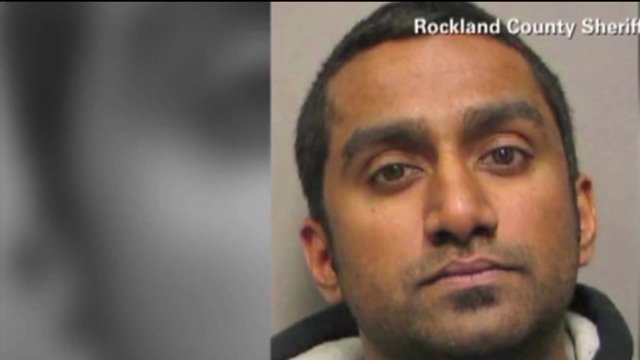 A man at the helm of a boat when it crashed into a barge on the Hudson River killing a bride-to-be and her fiance`s best man was sentenced Tuesday in the tragic wreck.

NEW YORK (PIX11) – A man at the helm of a boat when it crashed into a barge on the Hudson River killing a bride-to-be and her fiance's best man was sentenced Tuesday in the tragic wreck.

Jojo John was sentenced to two years in prison for his role in the July 26, 2013, crash.

He pleaded guilty in June and faced a maximum sentence of 15 years if found guilty on all 18 counts, including operating a vessel under the influence of alcohol or drugs.

John was at the helm of a 19-foot Stingray powerboat with the wedding party on board when it smashed into an anchored barge on the Hudson River near the Tappan Zee Bridge.

He had a blood-alcohol level of .15, nearly twice the legal limit, at the time of the crash, according to the Rockland County District Attorney's Office.

The impact launched Lindsey Stewart and Mark Lennon into the water, killing them both. John and three others suffered serious injuries. The driver was arrested at a hospital soon after the collision.

Bride-to-be Lindsey Stewart of Piermont, and her fiance’s best man Mark Lennon, of Pearl River, were killed when a boat they were traveling in crashed in the Hudson River in June 2013. (Facebook)

In the aftermath of the tragedy, the victims' families said that John or any possible alcohol use by the "mature, respected professional in their thirties" on board were not soley responsible for the crash. Instead, they pointed to the construction barge and what they called inadequate lighting.

John's attorney also contended that poor lighting on the barges contributed to the wreck.