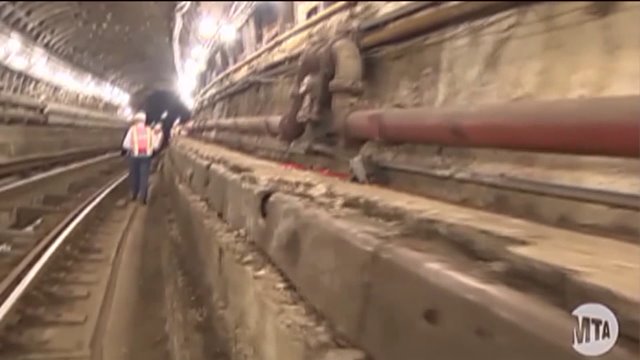 R and N trains are once again going to go through a subway tunnel severely damaged by Sandy.

NEW YORK (AP) —  Trains are once again going to go through a subway tunnel that was severely damaged by Superstorm Sandy.

New York Gov. Andrew Cuomo and officials from the Metropolitan Transportation Authority took a ride on a train Sunday through the Montague Tunnel connecting Brooklyn and lower Manhattan.

The tunnel had been flooded with millions of gallons of water by Sandy in 2012. The cost of the reconstruction project was $250 million.

Officials say it was completed one month ahead of schedule and $60 million under budget.

Service on the R train is scheduled to start Monday morning.

Repairs to the tunnel included replacing everything from cables to the signal system. The pumping equipment was also upgraded to better deal with future water events like Sandy.