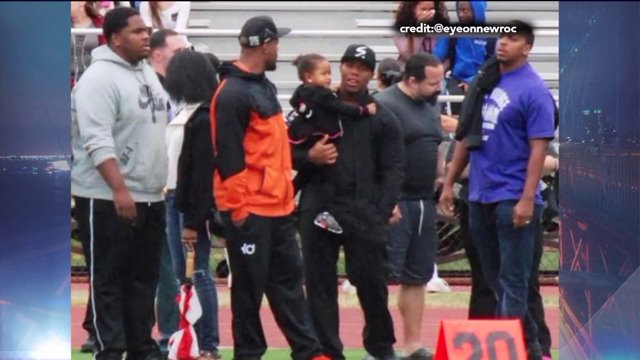 Rice, along with his wife Janay and young daughter, stood on the sidelines at New Rochelle High School Saturday afternoon to watch the game.

Attendants say fans supported Rice by wearing his jersey to the game.

The running back was released by the Ravens on Monday after video surfaced of him punching his then-fiancee unconscious in an Atlantic City casino elevator.