It’s a “G” Thing: Adult league takes on the childhood sport of dodgeball 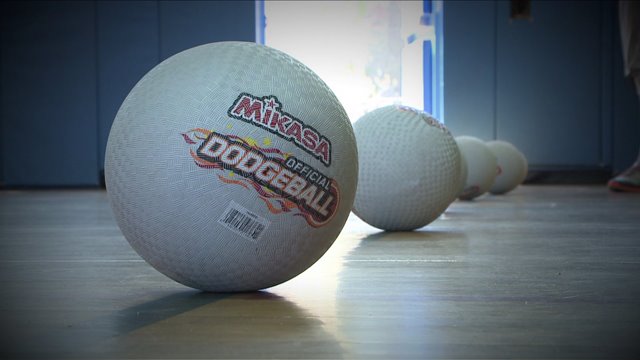 On this week`s "It`s a G Thing", PIX11`s Mr. G visits a local adult sports league to take on the childhood sport of dodgeball!

We play it in gym class, watch it on TV and who can forget the movie!

Now, I'm checking out the sport of dodgeball for myself.

I went out to a practice for the Sandlot Sports Dodgeball League.

“We started this because this is a game that has a bad reputation, it's been getting shutdown in a lot of schools," Ari Goldberg, founder of Sandlot Sports, said. "We really wanted to change that culture surrounding dodgeball.”

This co-ed league's teams play a seven-week season with playoffs at the end.

"[Also] we do open gym play for anyone to just come to check it,” Goldberg said.

Fall league registration is open until Monday, September 15th but there chances to play year-round.

Practices, games and open gym are held during the week in the West Village and on the Upper East Side.

And the reason to check it out is different for everyone.

"Meeting people, playing a sport," Lizzy Tepper, member of the league, said. "It's also about getting active."

Another player said it's an outlet for her after a stressful day.

But it's also very competitive at a high level.

“There is a National Tournament in Las Vegas every single year with the National Dodgeball League.”

At the end of the day, it's all about having fun for this league though.

“These people are here because we get that it’s a little bit silly," Goldberg said. “But for some people, I mean this is when you boil down sport it’s really throwing, catching and running around, we just took away all the rules and made it simpler.”

An attitude and a sport they hope to spread and pass down to the next generation.