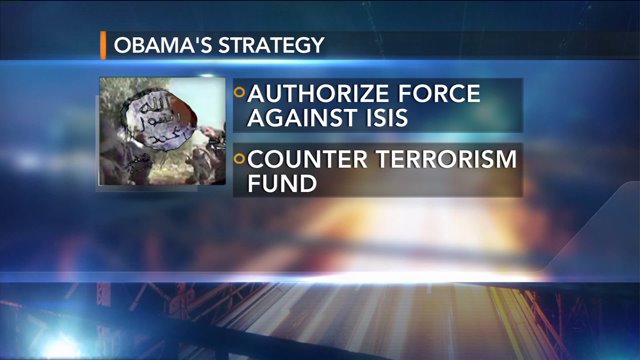 Obama will address the nation as he prepares to authorize airstrikes in Syria.

(CNN) -- President Barack Obama told congressional leaders on Tuesday he has the authority to carry out his planned strategy against ISIS fighters in Iraq and Syria without authorization from legislators, but he asked for their support to show unity in the U.S. government, according to a White House statement.

Obama will address the nation as he prepares to authorize airstrikes in Syria.