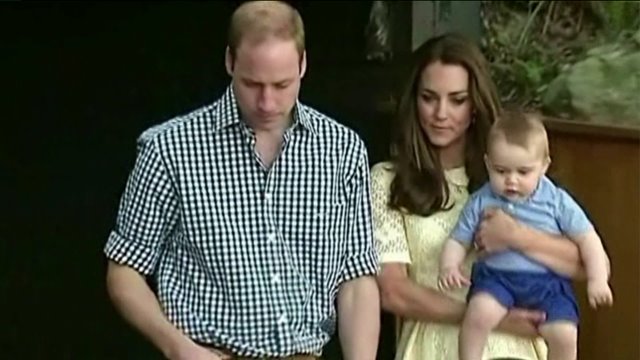 The Duchess of Cambridge, wife of Prince William, is pregnant with the pair`s second child.

“The Queen and members of both families are delighting with the news that Their Royal Highnesses are expecting their second child.”

The duchess is being treated by doctors at Kensington Palace for severe nausea, which she experienced during his first pregnancy, according to a statement from the Prince of Wales, William’s father.

That sickness, officially known as Hyperemesis Gravidarum, forced her to cancel a Monday appearance in Oxford with her husband, the prince said.

The Royal Family is growing, with Prince William and the Duchess of Cambridge expecting their second child. This photo was released in 2013 shortly after the birth of their first son Prince George. (Photo by Michael Middleton - WPA Pool/Getty Images)

The palace did not immediately reveal how far along the duchess is in her pregnancy.

The couple has a 1-year-old son, Prince George of Cambridge, whose birth in 2013 drew worldwide attention to Buckingham Palace.

After his grandfather and father, George is third in line to succeed the throne, held by his great-grandmother Queen Elizabeth II.

The new baby will become fourth in line to the throne, pushing Prince Harry to fifth.