NYPD commissioner to be grilled on plan to retrain 35,000 officers 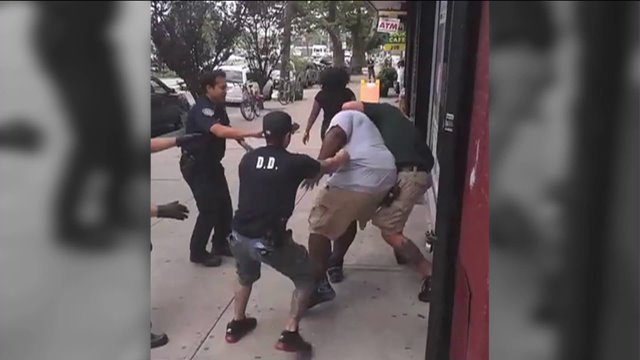 Commissioner Bill Bratton will be grilled by the City Council Monday about his plans to retrain his department in the wake of an in-custody death, allegedly caused by an illegal chokehold.

NEW YORK (PIX11) – New York City’s top cop will be grilled Monday about his plans to retrain thousands of officers, a move inspired by the in-custody death of a Staten Island father.

City Council will try to pull back the curtain on police training and learn more about the policies governing the NYPD, and question Commissioner Bill Bratton’s plans to retrain officers to better handle tense arrests and community relations.

After the in-custody death of Eric Garner, who was under arrest allegedly selling lose cigarettes, Commissioner Bratton said he wanted all 35,000 NYPD officers retrained to make sure arrests are made with the minimum use of force appropriate.

But exactly how the commissioner plans to retrain the officers is still somewhat of a mystery.

A father of five, Garner died July 17. His death was ruled a homicide, and a police officer was accused of using an illegal chokehold, outlawed by the department for more than two decades, to subdue Garner who soon after called out that he could not breathe.

Many police officers say there are few formal guidelines and little training when it comes to making arrests, which is why the City Council wants to know how officers will be trained to prevent deaths like Garner’s in the future.

One idea that has been floated is increasing the amount of officers who carry Tasers. The commissioner has said he supports the idea as a non-lethal method to help during arrests.

Many of the City Council members were elected following frustration over police tactics like stop and frisk, so with Bratton scheduled for two full hours of questioning, the hearing could become emotional and heated.

Critics of the NYPD, such as National Action Network’s Rev. Al Sharpton, have said that retraining officers is not the issue. Instead Sharpton has said he wants to see officers prosecuted for using excessive force.

Before Monday’s hearing, those critics plan to rally on the steps of City Hall where they're expected to call for Bratton to step down.