Probe into Rivers’ death being conducted by the state 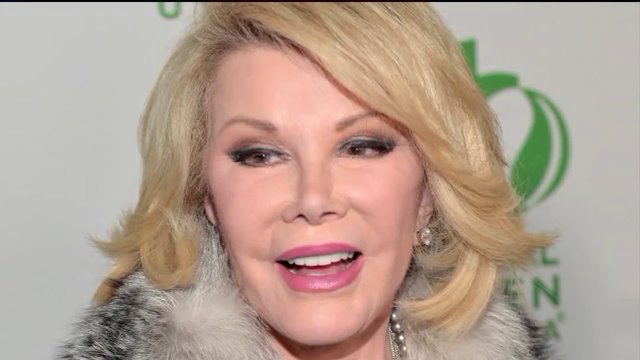 "It`s as safe as you can imagine and we always work to make it safer, unfortunately, life is limited and at some point even with the best of care sometimes things don`t work out," that is anesthesiologist Lawrence Epstein`s perspective on anesthesiology.

NEW YORK (PIX11) - "It's as safe as you can imagine and we always work to make it safer, unfortunately, life is limited and at some point even with the best of care sometimes things don't work out," that is anesthesiologist Lawrence Epstein's perspective on anesthesiology.

At the same time the question of what exactly happened inside of Yorkville Endoscopy when comedic legend Joan Rivers was undergoing a procedure is medical generating many questions.

The New York state Health Department has confirmed that they are probing what led to Rivers’ cardiac arrest.  Which according to Epstein is rare when connected to anesthesia.

While Rivers death stunned millions on Thursday, there will be many causes that will be examined.  One of them is, of course, anesthesia.

Aside from having applied the medical procedure to more than 10,000 patients, Epstein is also the president of the New York State Soceity of Anesthesiologists, "The thing I always want to know is was everything done the way we plan to do it and the way we believe it should be done?  And if not then we need to fix that and if it was, then maybe we need to fix what we plan to do and what our usual routine is."

While the exact cause of Rivers cardiac arrest will not be determined for some time, Epstein says that the comedian's age of 81 should not be a factor, "Well surprisingly, elderly patients really don't present just on the basis of age, don't present any additional risk, just because of their age for major complications."