Seeing a little of Joan and Melissa in themselves, moms and daughters grieve Rivers’ death 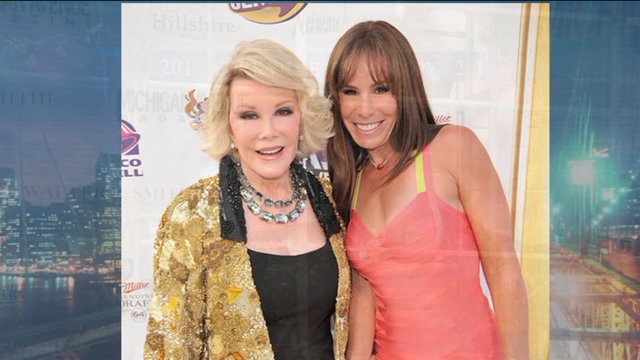 Charlotte Crowther is only 11-years-old, but she knows all about the special bond between her and her mom, Madeline. They said their hearts go out to Melissa Rivers.

NEW YORK (PIX11) -- Charlotte Crowther is only 11-years-old, but she knows all about the special bond between her and her mom, Madeline. They said their hearts go out to Melissa Rivers.

"I think living without a mother is like you can't even live," said Charlotte Crowther.

The State Health Department says it is investigating the circumstances that led up to Joan's death. The NYC Medical Examiner's office said it has not yet determined the cause and manner of her death. That is pending further studies.

Joan Rivers was taken to Mount Sinai Hospital last week after reportedly going into cardiac arrest during an outpatient procedure at a Manhattan clinic.

Melissa Rivers was seen entering her mother's Upper East Side home on Thursday and Friday. The two worked together on many projects including E's "Fashion Police" and "Joan & Melissa: Joan Knows Best?" on WE TV.

"The intimacy, the way that they fight, even fighting is a very special thing between a mother and a daughter, I would say because there's a lot of forgiveness," said Stratyner.