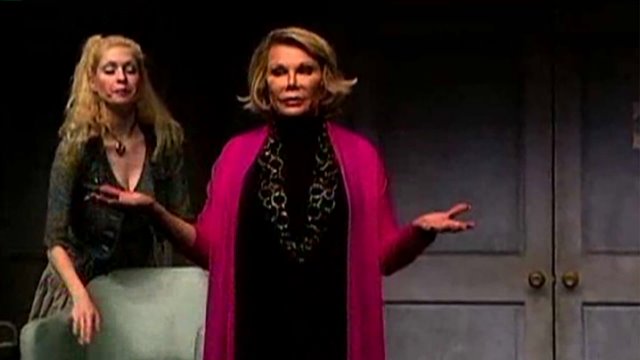 In this special edition of Backstage on Broadway, we take a look at Joan Rivers and the mark she made on the Great White Way

The legendary comedian and Tony-nominated actress recently said she wanted to come back to the great white way to reprise her role in "Sally Marr...and her escorts," which she co-wrote.

Joan Rivera starred in her very first off-Broadway play in 1959. It was called "Driftwood." Rivers played a lesbian, opposite an equally unknown Barbra Streisand.

"She got cast and they said now there's nothing open expect the boyfriend," Rivers said in an interview with Broadway.com. "I said, make them lesbians. He was so desperate so he said okay. I gave Babs a kiss. She was a good kisser!"

RELATED: Joan Rivers quotes to make you laugh through the sadness

Joan appeared on Broadway a total of three times over her career.

But it was in 1994 when Rivers was nominated for a Best Actress Tony Award for her role in "Sally Marr...and her escorts."

And of course, there were her many one-woman shows that went on through the years

When Rivers wasn't on stage, she was close to it. She was a frequent theatre-goer, hitting the red carpet and making appearances at shows like "Kinky Boots," "Rocky," and "Romeo and Juliet"

Always making people laugh, even before the curtains went up.