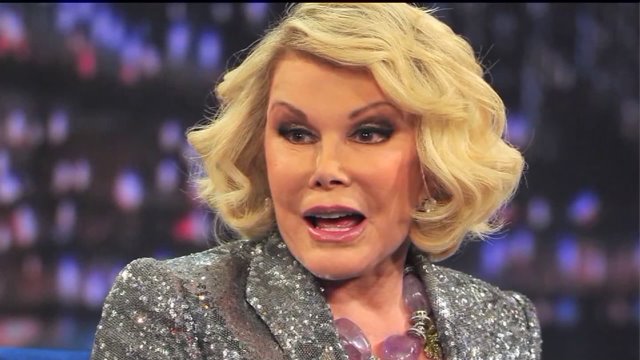 Her daughter, Melissa, says Joan is being kept comfortable.

NEW YORK (CNN) -- Joan Rivers has been moved out of the intensive care unit and into a private hospital room, her daughter said Wednesday.

Melissa Rivers, who confirmed Tuesday that her mother was on life support, did not indicate if the change was the result of an improved medical condition six days after she suffered respiratory and cardiac arrest during a medical procedure.

"My mother has been moved out of intensive care and into a private room where she is being kept comfortable," she said. "Thank you for your continued support."

It is not clear if Rivers is still on life support, which "replaces or supports a failing bodily function," according to an explanation from the Cleveland Clinic.

"When patients have curable or treatable conditions, life support is used temporarily until the illness or disease can be stabilized and the body can resume normal functioning," the Cleveland Clinic website said. "At times, the body never regains the ability to function without life support."

Rivers has shared few details with the public about her mother's condition since she was rushed to Manhattan's Mount Sinai Hospital August 28.

A statement Sunday that the family was "keeping our fingers crossed."

Rivers, 81, stopped breathing during throat surgery at a Manhattan medical clinic last week, according to the New York Fire Department. She apparently suffered cardiac and respiratory arrest during a procedure. She was listed in critical condition in New York's Mount Sinai Hospital, where paramedics took her by ambulance.

Rivers was undergoing an apparently minor elective procedure at the clinic, which is about a mile away from the hospital where she was taken.