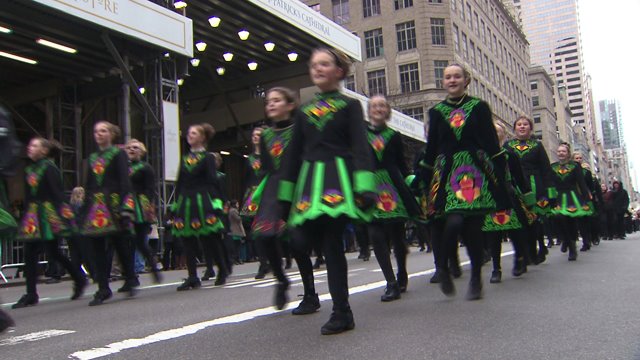 Organizers of next year`s St. Patrick`s Day Parade in New York City say a gay group will be allowed to march under its own banner for the first time.

NEW YORK (AP) — Organizers of next year's St. Patrick's Day Parade in New York City say a gay group will be allowed to march under its own banner for the first time.

The inclusion of OUT@NBCUniversal ends a ban that had made participation in the centuries-old parade a political issue. Democratic Mayor Bill de Blasio refused to march this year, and Guinness dropped its sponsorship.

“I know it represents progress. I know this is a good day for New York City, and it’s a step forward for inclusion. But I need to know more before I decide what I’m going to do in March,” said de Blasio.

In a statement made available to The Associated Press on Wednesday, the parade committee welcomes the group, described on its website as an LGBT support group at NBCUniversal. A spokesman says other gay groups can apply to march in future years.

“NBC has always been at the forefront of diversity and inclusion, so, that they broadcast the parade, and that their OUT LGBT organization is the first to be marching in it, isn’t a great surprise to me,” said Sarah Kate Ellis, President and CEO of GLAAD, one of the country’s largest LGBT organizations in the country.

Groups had been prohibited from marching with banners identifying them as gay. Organizers say the change is an effort to keep the world's largest St. Patrick's Day parade "above politics."

“I have no problem allowing gays to march as a contingent under its own banner, provided there’s a formal change which I’ve been assured there is. Pro-life Catholics have also not been allowed to march under their own banner. Provided they’re allowed to march, I don’t have any problem,” said conservative activist and President of the Catholic League, Bill Donohue.