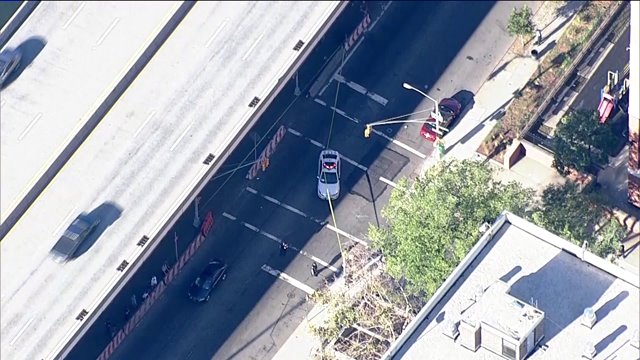 It happened shortly before 8 a.m. near South Street and Rutgers Slip.

The driver who struck the victim stayed at the scene.

The victim survived the crash, but the extent of her injuries is unknown, police said.

Police are on the scene of a crash involving a pedestrian in lower Manhattan on Aug. 28, 2014. (Photo: PIX11's Jeff Crianza)