Deadly daycare: Bronx nanny says she ‘wrestled’ with 20-month-old before he died 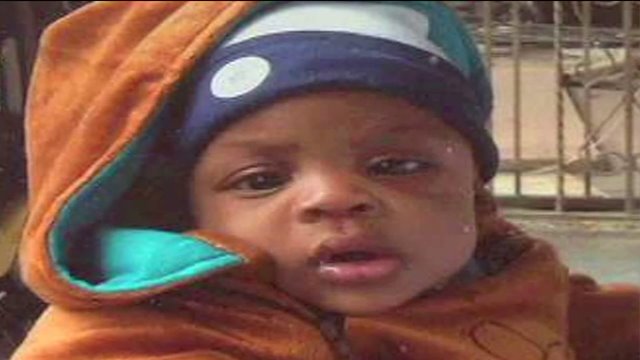 A Bronx nanny has been arraigned on manslaughter charges after a baby in her care died.

THE BRONX (PIX11) --  There are 21,181 licensed and regulated daycare providers in New York State.

One of them, Athena Skeeter, was charged this past weekend with killing a toddler in her care.

In her statement to the NYPD, Skeeter claimed she was “wrestling” with 20-month old Cardell Williamson in her apartment on College Avenue in the Bronx when things went bad.

“I lifted him up by one arm and one leg and threw him to the floor,” Skeeter said.  “The floor was hardwood.  I stepped on his stomach three times.  I didn’t use full force.”

Skeeter told investigators she later threw her own son on top of Cardell and did a few, more wrestling moves.  That’s when she noticed Cardell was “acting different.”  The toddler started throwing up and “his head kept tilting.  He couldn’t walk on his own.”

Skeeter claimed she tried to throw cold water on Cardell’s face.  She put him in the tub and then placed a chair outside the bathroom.  When she looked back in, “Cardell was slumped over with his head in the water and steam was coming out of the water.”

The child lived down the block from Skeeter’s apartment with his father, a recovering addict who was getting training in a job-placement program.

Skeeter had operated the day care home since 2005.

“I lost a big part of my life,” Carlyle Williamson told PIX11 News over the weekend.

“All he could do, literally, was dance and smile,” Joyce remembered.  “The boy loved to dance.  His father was happy again.”

If you go to the New York State website for Daycare.com, you will find 32 pages of instructions on all the requirements for becoming a child care provider.  There are paragraphs about criminal conviction statements, building safety concerns, and dietary programs.

Joyce, who had met Skeeter, said there needs to be a requirement for a psychological evaluation.

“People can always act one way,” Joyce observed, “but you can find out what’s deep-rooted in them, if you actually ask the right questions.”

Skeeter’s home daycare last received a state inspection in April 2013.  And despite all the requirements, bad things can still happen in daycare.

In September 2013, PIX11 Investigates reported on the Bronx couple operating a large center called Fun World Day Care on Rosedale Avenue.  They were busted for using the center as a “front” for a large drug operation.  Up to 15 children were registered in the facility.  The couple was accused of stashing cocaine and Oxycontin pills in the children’s lunch bags.

Mayor de Blasio’s office said the city was assisting in the investigation this year,  into what happened in Skeeter’s home daycare.  The probe comes too late to help Cardell, who had a growing mound of stuffed toys left outside his family’s house.

There was also a tiny Knicks jersey, a Spiderman balloon, and a “Nemo” fish left in Cardell’s honor -- but no child to play with them.