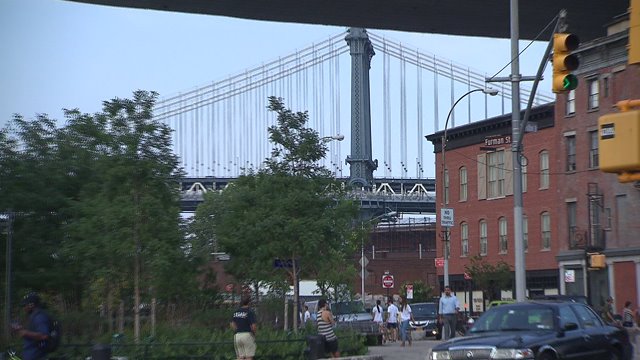 Whoever replaced the U.S. flags on the Brooklyn Bridge with bleached white versions are part of a subculture of thrill seekers, according to a member of their daredevil society. 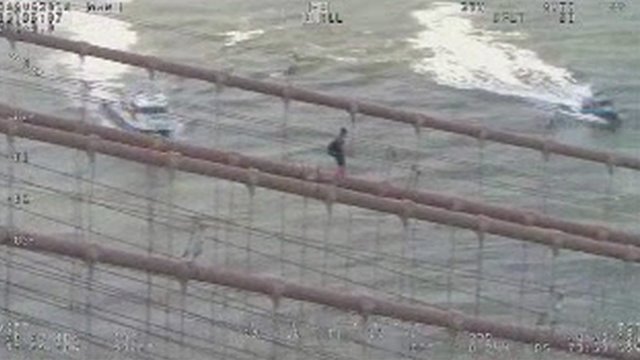 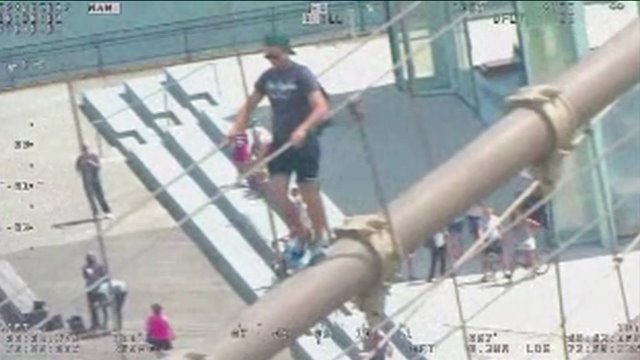 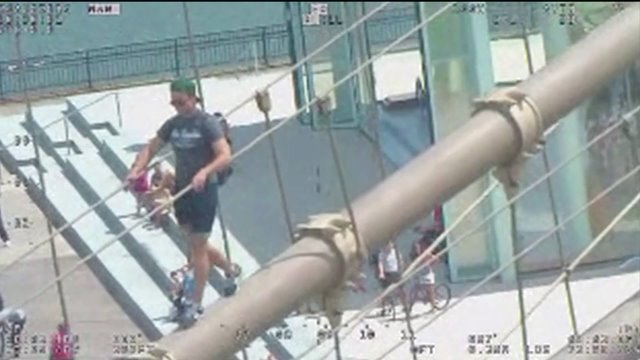 NEW YORK (PIX11) -- A thrillseeker was arrested Sunday afternoon after police say he climbed a cable beam to the top of the Brooklyn Bridge to take pictures.

Brooklyn: Brooklyn Bridge. NYPD ESU & Air-sea rescue on scene earlier with a male walking on cables of the bridge. pic.twitter.com/uU3BE7y1HH

A sergeant spotted 24-year-old Yaroslav Kolchin climbing the beam connected to the tower on the Brooklyn side of the bridge.

Video released by the NYPD shows Kolchin walking back and forth on the landing where he took pictures on his iPhone.

He descended safely down the spot where he climbed up and was met by police where he was arrested.

No property was damaged or removed from the bridge.

Security has been a concern at the bridge after two German artists climbed to the top of the tower, adding white flags.