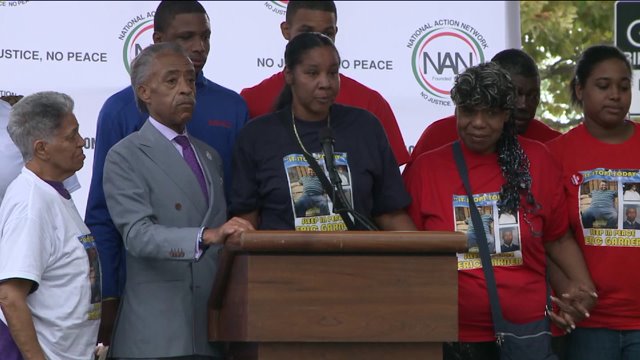 Eric Garner`s widow, Esaw, thanks the protesters who gathered in Staten Island for the March for Justice. 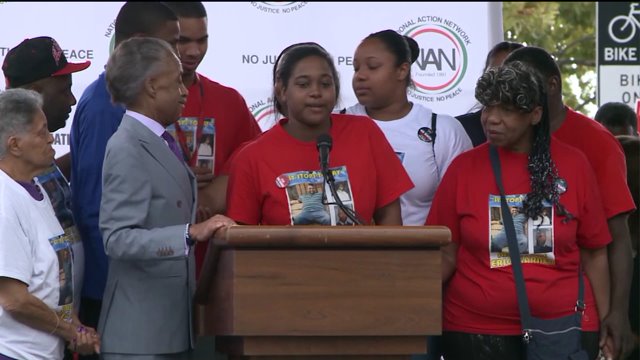 TOMPKINSVILLE, Staten Island (PIX11) -- Thousands of people gathered on a Saturday in the summer to walk for justice in the name of Eric Garner.

"This is about mass reform," said Rev. Al Sharpton.

Over 20,000 men and women stood strong and stepped swiftly on Staten Island.

The "We Will Not Go Back" march filled the streets of the Tompkinsville neighborhood.

Demonstrators from around the world made their way to the Staten Island district attorney's office. But the march didn't end there. The group finally stopped in the shadows of the Staten Island ferry to rally.

Ramsey Orta, the man who recorded that apparent chokehold on his cell phone, was in attendance.

"We are not here to cause violence. We're here because violence was caused. An illegal chokehold is violence," said Sharpton. "To stand around and watch a man victimized and no one do anything about it is violence."

Eric Garner's mother, widow, and children were overwhelmed looking out at the blocks packed with protestors.

"I don't even know what to say other than thank you for your support," said Garner's widow, Esaw.

"my father is very proud right now," said Garner's daughter Erica. "I know he's looking down and his voice is finally being heard."

The mission for the march was to raise awareness about Garner case, continue the call for criminal charges and end police brutality.

Some of the most powerful remarks were shared by a former NYPD detective.

"We say to the good cops when you stand by and let those bad cops tarnish the NYPD," " said Assistant Chief Edward Delatorre. "You're just as bad as the rest of them and all of you should be held accountable"

Ultimately the NYPD's coordination with organizers helped to keep the day a peaceful one.