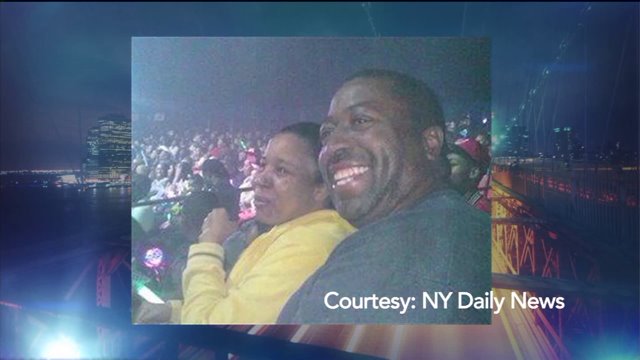 On Saturday as many as 10,000 people will gather on Staten Island and march in Garner’s memory.

Jerry Banks is ready for the rally. Jerry says he was lucky enough to call Eric Garner a friend.

"He was really a sweet humble guy, never disrespected anybody he was totally peaceful," said Banks. "Like a beautiful guy."

By all accounts Eric Garner was a fixture in the Tompkinsville neighborhood.  Many who knew the father of six are happy to stand for Eric tomorrow believing he would have done the same for them

"He was a friend to people that wasn’t friends to him this is how you got to know Eric he would ask you how you are doing if you needed something he would take you into that restaurant and buy you something to eat," said Banks. "He was just a nice guy."

In the weeks since Garner’s death the Patrolmen’s Benevolent Association defended the actions of Daniel Pantaleo.

He’s the officer seen on video grabbing Garner around the neck and pulling him down.

Leading up to Saturday’s march Mayor Bill de Blasio gathered religious leaders to build understanding after a tense summer in the city and to set a tone of peace for Saturday's march.

"I think there is a deep understanding that there is a new york way of doing things," said the mayor.

With images from Ferguson Missouri still in the minds of many, the Rev. Al Sharpton stressed Thursday afternoon that this demonstration is different.

"If anything were to happen. We'd be the first ones to stop and turn people around from our march," said Sharpton. "We do not lead violent marches."

Friday the final preparations were underway on Staten Island. Crews got ready for the street closures and crowd control.

We've got a massive operation tomorrow several moving parts but were going to pull it together in as seamless as a way as possible," said minister Kirsten John Foy.