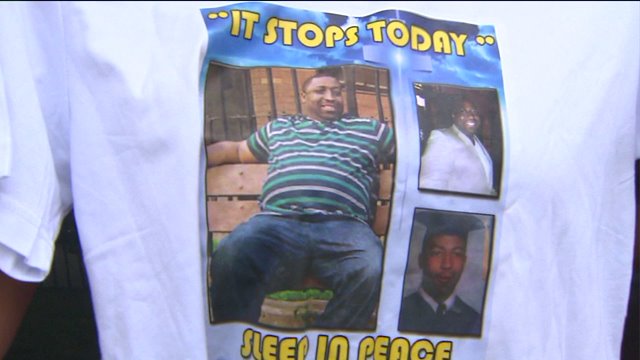 The sister of Eric Garner is speaking out the day before a massive march for her brother about how the family wants to honor his memory.

NEW YORK (PIX11) -- Hours before a massive march on Staten Island we got the first look at what many of the protesters will be be wearing.

A T-shirt with a simple message, "it stops today."

"We feel so much support from the community it's love," said Garner. "And we expect people from all across the county to walk with us Saturday."

At least 15,000 people are expected to march on Staten Island more than a month since Eric Garner's death, but even with the time his family feels like it was just yesterday.

"We miss him, and we expect peace in his honor," said Garner.

As far as the officer involved? Garner told PIX11, not only her family but the officer's family is dealing with this and that they have a heart they only wished the officer did when her brother said he could not breathe.