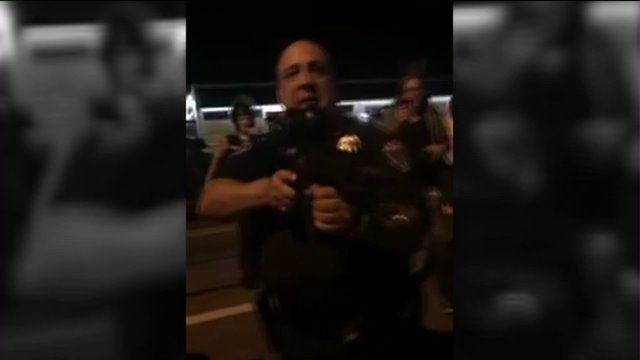 A Missouri officer has been suspended indefinitely after pointing an assault rifle and threatening to kill a Ferguson protestor. 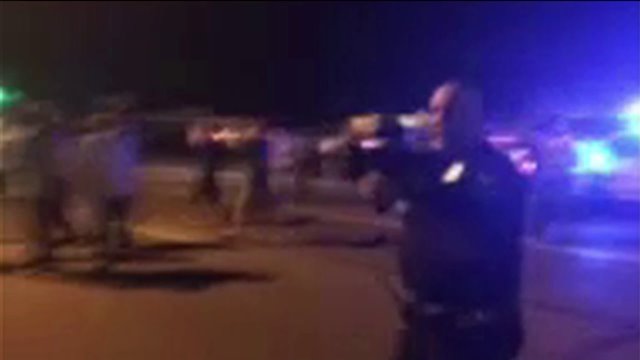 (CNN) -- A police officer from St. Ann, Missouri, has been relieved of duty and suspended indefinitely after pointing an assault rifle at a protester, in Ferguson, the St. Louis County Police Department said in a statement.

"On Tuesday, August 19, 2014, shortly before midnight, an incident occurred wherein a St. Ann Police Officer pointed a semi-automatic assault rifle at a peaceful protester after a verbal exchange.

It was at this time a St. Louis County Police Sergeant walked over and immediately took action, forcing the officer to lower the weapon, and escorting him away from the area," the statement read. St. Ann, like Ferguson, is a suburb of St. Louis.